The Carriages of Zyan 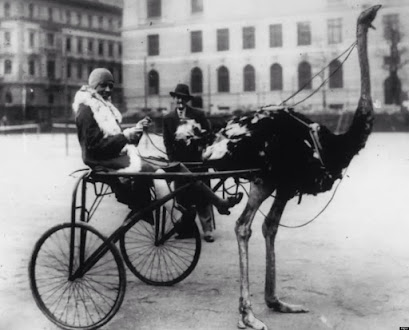 Immortal Zyan is a mazy city, with hollow, hill, and cliff a plenty, and meandering streets opening onto covered arcades, networks of alleys, or stairways and tucked-away courtyards. It is convenient for those who can afford to spare their feet or are unsure of how to reach their destination to employ alternate means of transportation.

In some places canals cut through neighborhoods, as the weed-choked Blisterfish Canal winds through Turnabout, bleeding into swamps and fens until it reaches the Sink, a sordid sewer harbor. Here the clan of Piquant Bosuns ferry passengers in simple canoes or rotting barges along its messy course for a pittance. In Chimes, the Glistertwist flows in summer months from Finchleech, a beautiful reeded pond in the wooded western end of the neighborhood. Here the antique clan of Estimable Ferriers still operate their flat-bottomed gondolas wearing ancient masks, passed from one generation of rower to the next, beneath preposterous hats of the latest fashion. Such rides are free to members of neighborhood clans, who pay the Estimable Ferriers a fixed fee, but cost a pretty penny for visitors. They will, under no circumstances, transport riff-raff, puppet hooligans, or other ruffians. 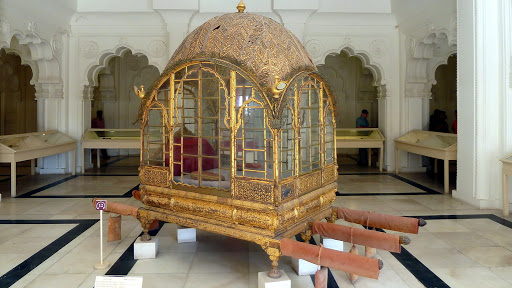 Because the waterways are limited, other modes of transit are more popular. Most commonly used are the palanquin porters. Palanquins come in all shapes, sizes, and degrees of opulence, from simple wicker biers to compartments of gleaming dark wood veiled by perfumed silk curtains. Different clans use different designs and decorations. Competition between them is fierce, and sometimes leads to palanquins being upset in street brawls. Here are only a few of the dozens of clans of Palanquin Porters: 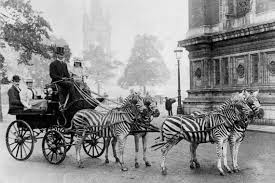 Next in expense come the carriages. Many clans operate them, such as the Upright Ecru Coven and the clan of the Manifold Wheel. The least expensive carriages, often of plain black wood, are pulled by the tremble-legged Usquin, zebra-striped giraffes with ant-eater heads. Their legs snap, going lame with alarming frequency and delaying rides, but they reproduce even faster and feed on garbage, so a surfeit of replacements is always on hand. More expensive are those solid carriages, often metal with golden filagree pulled by striders, many legged white sinuous giant caterpillar beasts.

For travel in dangerous neighborhoods, carriages sometimes employ security, provided not infrequently by recruits from the Sons and Daughters of the Vigilant Watchers, an ancient mercenary clan of Zyan specializing in the protection of transportation. While carriages cannot travel into the broken paving and soggy fens of Turnabout or up the precipitous steps of the higher reaches of Volish Hill, and are perilous propositions in tilted Cusp, they are more comfortable and secure than most other modes of transit.

But the most remarkable means of conveyance are, without a doubt, the Nimbus Barques. The Endless Azure Sea that surrounds Zyan on all sides can be heard breaking upon the tumbled rocky shores beyond the wall of cusp, or crashing against the cliffs beside the Observatory of the Horoscops. In the Azure Sea, clouds float like islands, some partaking more and others less in solidity. In the halcyon days of the Incandescent Kings, sorcerers knew the art of binding of the clouds to service. Although this knowledge is lost now, a few such remarkable vessels remain in Zyan.

White and grey, with roiling and flashing depths, Blusterio sometimes drizzles a fine rain on pedestrians beneath. Atop is a small deck, lined with sturdy seats with buckles to strap in riders, and many fine red sails atop small masts. It is captained by Hartoon of the clan of Notorious Oyster Climbers, who wears a white bearded mask and is gruff. The barque is blown by Hexifan, a spirit of the air, bound by antique contract. His billowing breath fills the sails, and send the cloud lurching at alarming speeds across the sky.

Fluffy and white, trailing wisps. Atop is a gleaming platform with a fine filigreed bannister and small interior cabin for rainy weather. This more gentle vessel is captained by merry Fambilwan of the clan of Animal Dancers. He wears a green mask and fez, and sits a seat at the front with the reins of the cloud. The barque is pulled by a flock of charmed starlings in tiny harnesses. The murmuration of this flock of steeds is nearly deafening.

Pink and rosy, a delicious little cloud at sunset. The top of this barque has no deck, but is soft under foot like calfskin, and is strewn about with luxurious cushions. It is captained by gentle Ayelas of the clan of Airy Tremblers, who wears a vertical half mask of a cherub. It is powered by Zephyr Harmony, a magical harp on which Ayelas plays dulcet melodies that send the cloud smoothly sailing over Zyan.
Posted by Ben L. at 6:19 AM