In the Light of Other Moons


Lady Shirishanu, rare concubine to Lathanon, the last of the Incadescent Kings, was known to have been composing a book of verse in her final years. The work is said to have been unfinished at the time of her death. It is thought that she extracted a promise from the King to destroy it, since it was not ready for the world. Some say that when she died Lathanon burned it, others that he carried it with him when he went to the heavens below. But some say that he could not bear to destroy it, and, breaking his oath, had it bound and placed within her cenotaph. What it contains, even its title, is unknown. From time to time a false copy turns up in Zyan above, but it has always been seen for what it is, an “unfinished” poem by a second rate hack. The sole copy is, as some have surmised, to be found in the cenotaph of Lady Shirishanu (see area 9).

The book is bound in boards covered in the pearlescent leather of some antique beast. The heavy pages are stitched with lustrous silver thread. Opening the boards, the frontispiece is a dense illumination of an impossibly intricate mechanical device. 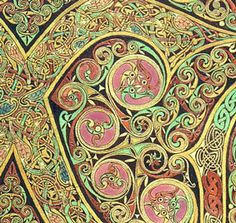 Next to it, the title page reads in :

In the Light of Other Moons

The text of the poem is written in an elegant looping script, in dark yellow ink that has aged to a burnt orange in places. The poem appears to be incomplete, judging from two features. The first are the spaces left, presumably for illustrations to be inserted at a later time. The second is the fact that the story of the poem appears to break off before its end. Curiously, a number of blank pages have been bound into the end of the book after the poem breaks off.

Those who read the book find themselves forever changed, for it is imbued with the potent fancy of Shirishanu. Strange thoughts and images bubble up. The poetry and hidden delight of ordinary things becomes manifest. Those who formerly bent to calculating profit, or thought always about how to satisfy the next requirements of their station, now find their thoughts drawn to secret places of their own invention. At serious meetings they laugh to themselves at impertinent thoughts and incongruous juxtapositions. The material effects on the reader are these:
If the book is transcribed, although still a recognizable work of great genius, the poem will not produce this effect on readers. For it is the physical text that is a vessel of the Lady's fancy.

The protagonist of the poem is Holaxes, a rogue and lover. The poem begins with his murder at the hands of a romantic rival, and follows him to the hinterlands, a purgatory at the border of the lands of the living and the dead.


It tells how Holaxes dwelt for one night there, wandering alone in a reverie through leafless woods, under the strange light of the necromantic moon. This gibbering moon of the dead is said in the poem to cast a light of a hue unknown to the living, and to whisper secret songs heard only by those who have lost all hope irrevocably. Just as the moon is setting, and the thin light of wretched dawn first breaks over the bleak woods of the hinterlands, Holaxes is snatched back to life through the powerful sorcery of the lover who inspired his murder.

The poem tells us that Holaxes found himself ever after with a strange hunger to lay his living eyes once again on the light of that moon of the dead. Try what he might, the promptings of this appetite would not be denied. The poem follows his attempt to penetrate a dread prison called the Abyssal Dungeon, where a portion of the necromantic moon shines in the world of the living, sapping the life and vigor of any who would penetrate the terrible cell it illuminates.

To seek the necessary implements for his doomed quest, Holaxes travels to the White Jungle. During this jungle interlude, he steals by cunning the effulgent sapphire of Marikozazz, one of the Sultans of the air. From the were-panthers, he acquires a mutable tool called the Flexible Vistrum, a living golden fiber that inhabits the inner substance of his body. Holaxes wins his steadfast companion too, the shapeshifter Inithi, in a game of dice with the panther priests. Having acquired the needed aid, Holaxes travels to the dungeon.

In order to enter the Abyssal Dungeon, Holaxes must unlock a series of seven locks, each more difficult than the last.The greater portion of the poem consists in a description of the seven locks, and Holaxes' struggles against them. These descriptions are unspeakably beautiful. Each is more abstract and metaphysical than the last. The locks are somehow parables, and morality tales, at once an urgent warning, and a profound commentary on the human condition. In prosaic summary, bereft of all Shirishanu's art, the seven locks are these:

The first is a simple lock, unadorned, and rusted, set in a common looking tarnished metal door, as one might find covering a cellar door in a back alley abattoir or whorehouse of Zyan. Its smell is unpleasant, reeking of petty desperation and forgotten squalor. The lock, although difficult to open owing to decay of the mechanism, is by no means a challenge for Holaxes' experienced hands. But it is only the first of many.

Behind this first unassuming door stands a second of polished dark wood inlaid with lapis lazuli. It is the door one might have found to the once gleaming pleasure towers of Zyan, behind which topaz fountains sparkled and peacocks strutted. The lock on this door is magnificent and complex, as though to say smugly, "The world that lies behind this door is not for such as you."

Behind this gilded door lies a great machine, into the aperture of which Holaxes must enter physically, twisting through claustrophobic spaces to spring the massive tumblers and rotate the bewildering interlocking gears that roll and mash together alarmingly. The poem suggests something inhuman in the ingenuity of this mechanical portal. It as though it lays the knowledge of man before one in graphic and monumental form, but shows it thereby to be indifferent to man's purposes and inimical to his welfare.


Beyond the Hydraulic Portal, the fourth lock is visible only through an intricate series of prisms and mirrors. This disorienting prison is sprung not by physical contact, but through the clever manipulation of reflections. Here the poem itself becomes refracted into mirrored reflecting pieces, the whole revealed in the part and the part in the whole, like a series of nesting and echoing surfaces, each containing illusory depth.

Beyond the disorienting surfaces of the Optick Prison, lies an empty room. Drawing on the inner sight of the panther priests, Inithi reveals to Holaxes that the fifth lock is not in the room, but on the astral plane in the corresponding location. Employing an ancient ritual learned from his captors, Inithi transports them there. The Penumbral Knot appears in the form of entangled silver skeins. Holaxes must separate them to reveal the mercurial sphincter that leads beyond. These skeins are the densely intertwined fates of the eldest scions of the twelve noble houses of Zyan. Holaxes untangles the silver cords while Inithi defends him from the soul-eaters that stalk that misty void. The masterful overlapping narrations of the entwined fates of the scions is interspersed with scenes from this desperate battle.


Through the mercurial sphincter, Holaxes arrives at a fragment of a green door that is sealed with only half of a lock. As Holaxes has heard from his sorcerer lover, one half of the Cloven Barrier was frozen at the time of its creation, and has remained three centuries in the past, while the other half has traveled forward through time to the present. Holaxes must span his time and the year of the the founding of Zyan to spring the Cloven Barrier entire. For this purpose he employs the potent refractions of the effulgent sapphire of Marikazzaz that separates its owner into temporal parts. The portions of the poem that take place in the past are written in the archaic language of the early epic poets.

Beyond the united halves of the Cloven Barrier, lies a simple room with only a small jeweled box resting on a pedestal. This box contains a virulent speck encased in a translucent lozenge. The only way to open this final seal is to ingest the lozenge and release the cancerous puzzle that spreads throughout ones organism. In his greatest and daring feat, Holaxes must unlock this final portal by employing the Flexible Vistrim to turn the inner springs of his own organism into tools to solve this fatal puzzle. As this metamorphic cypher spreads through his body, the poem breaks off suddenly.

It is not known whether what the poem describes exists in reality. If it does, those who have read the poem know that there are two possible explanations for this. Sober minds will naturally conclude that Shirishanu learned of whatever element of truth the poem contains through her voracious reading in the legendary library of the Summer Palace, supplemented perhaps by her daring experiences in the White Jungle and beyond. But, those who have absorbed into their soul a piece of the great spirit animating this work, will know instinctively that a less sober possibility is no less likely: that reality has bent its knee to the might of her potent fancy, so that it might finally assume the form of living poetry.
Posted by Ben L. at 11:25 AM 2 comments: