Memories of the Ship 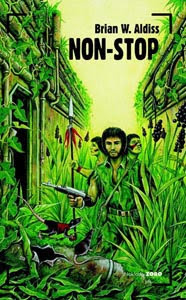 In Jorune: Evolutions, during character creation, a player creates their home village. Their village is a piece of the setting over which they have authority. It is a natural extension of the way a player get to determine narrative facts about your character (background, traits, history, appearance, personality) in traditional D&D. Think of the creation of the village as part of the character creation process, representing a PC's background and origin. It's a little piece of the world that the player gets to contribute at the outset.

This is a possibility that is under-utilized in most retro-games. In some retro-games, like Beyond the Wall, or Mutant Year Zero (not really a retro-game but adjacent), there is collaborative world-building of the home village or elements of the setting. But what I'm doing here is different insofar as the individual player has control over the creation of this element of the world. To be clear, I think this happens naturally in games, since for example, a player will often have narrative control over their family or circumstances of upbringing. You could think of what I'm doing here as formalizing and extending the unintended spillover of individual character creation to facts about the setting.

Once a player has developed their village by answering the prompts below, the village exists in the game world. They may from that point on choose to have new characters come from this village. If anyone else wishes to bring a new pc from the village, they must the creator's permission to do so. You will find below a series of tables players can roll on for inspiration in answering the prompts. But they do not need to roll on these tables! They may instead simply make something up, select the results from the tables that please them, or use the tables as templates and sources of inspiration for their own imaginings. The village is theirs; they may make of it what they will.

The four questions, or prompts, about your village are:

Question 1: Through what honest trades do the people of your village eke out a living?

Through the sweat of their brow and their craft, handed down from each generation to the next, the villagers eke out a living from this alien world. What honest trade do the villagers practice? These trades come with some kind of bonus, usually a skill.

Question 2: What memory of the ship does your village preserve? 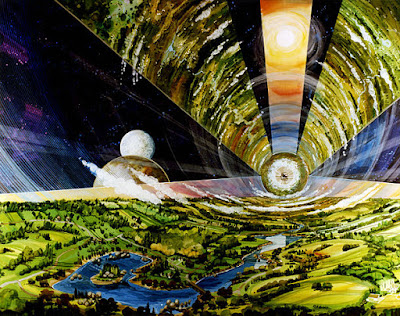 Your village carries with it some memory of the Ship. This is some ritual, practice, game, story, or object that has been passed down through countless generations from the original travelers. It is misunderstood and shrouded in antiquity, a distant echo of life of the travelers, a half-memory of humanity’s futuristic past. What is it? This table can get you started by telling you what kind of thing is remembered, but the details are up to you.

Question 3: What is noteworthy about your village? 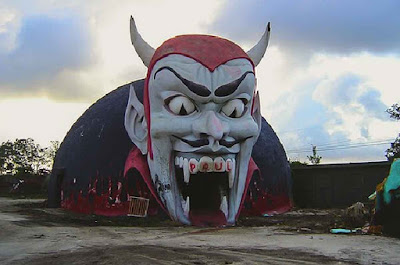 There is something (other than the memory of the ship) that sets your village apart and makes it noteworthy (not necessarily in a good way). Think of it as a shorthand through which people might refer to the place you are from, e.g. “Oh, you’re from that village by the abandoned chalk mines where everybody died of white lung?”

Question 4: What is your village’s name?

Here is a sample village I just rolled up with these results:
Here's my writeup of it.

Zydor is a small isolated village on the outskirts of Glounda Forest. The villagers are mostly lumberjacks, logging pine and redwood from the outer rim of this vast and dangerous wood, on the watch for scrabbling tarro infestations and the deafening roar of the dhar corondron. The town of log cabins is built around a central square, the House of the Tablet, a colorfully painted, wooden shrine. Within a holy artifact, the Tablet of the Elements, is displayed. It is a large rectangular piece of shining silver metal, hard but surprisingly light. It has been painstakingly scored, likely with a beam cutter, to depict a series of boxes arounds words and numbers. The Keeper of the Tablet teaches that these are the true names of all secret essences mastery of which allowed the travelers to transmute one element into another. Each person in the village takes a first name from Tablet of the Elements upon reaching maturity. The village kimmit is dominated by Selenium Rogers, a former tauther from the village who thinks of himself as an intellectual and amateur iscin. He has tried to "modernize" many of the practices and traditions of the village, which he calls "superstitions and blind custom", with mixed success at best. His most recent scheme involved the importation of expensive earth crop seeds--many years worth of cletch--that he cajoled villagers into planting and tending on the theory that they would grow into abundant crop of rare and valuable fruits in this soil. All died but for a few stunted apple trees in what the village now calls "Selenium's Orchard".
Posted by Ben L. at 7:13 AM