Through Ultan's Door Issue 2: Nearly There 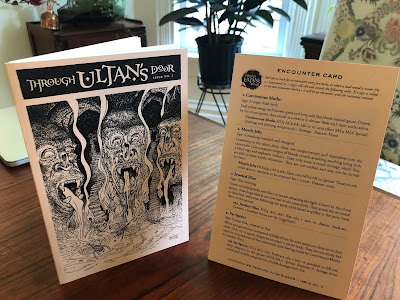 It's been a long time in the making, but Issue 2 of Through Ultan's Door finally made it to the printers! I wanted to talk lift the curtain on the process and give you a glimpse of the finished product.

I tried a new, more rational method for printing issue 2. With issue 1, I edited the manuscript, had layout done, and commissioned art, all simultaneously. This was good for speed, since the delays in these different areas were simultaneous, but it was also the source of the considerable problems I ran into, problems that produced more stress than I could handle. (I talked about some of the problems here.) This time I told myself I would be more patient. My basic principle is to move to the next stage of the process only once I had finished the previous stage.

With issue 1 there were a ton of errors in the text that we only caught slowly after production had begun. This time, once I finished a rough draft of the text, I sent it to Fiona Maeve Geist for editing. I was a little worried, since I have intentionally adopted a pretentious, purple-prose style for this zine (and my blog), and I knew she was a fan of more muscular and direct writing. But she is a subtle wordsmith. She performed the remarkable feat of suggesting substantial changes to almost every paragraph that preserved my style 100% while simultaneously making objective improvements everywhere, giving verve to what Patrick Stuart rightly characterized as my overly professorial voice. (Of course, she also caught a bazillion errors.) Everyone should employ Fiona.

Once I had the edited draft in hand, I sent it to Matt Hildebrandt who did a preliminary layout including the spaces and dimensions for all artwork. Matt is amazing talented at layout; he's another gem whom game companies should absolutely employ. (I was astounded to find that he is also a wonderful illustrator, since at the very end he threw a couple of his own gorgeous pieces in the zine when a last minute layout changed opened up extra space.) Once we had the layout done, I only then commissioned artwork.

The artwork took a while, as artwork does. After receiving the artwork, Matt finalized the PDF. I then took it yesterday to the printer, hauling box after box of French Paper Co paper. The printer and I had already come to an understanding with issue 1. What he is able to print for me is much higher quality than what I can manage myself on a home printer, without any of the heartbreak. I am giving him huge orders (about 13,000 sides this time around!), and so he's happy to give me a very fair price on the volume. For anyone in Chicago, the printshop I use is Indigo Printing. It's a locally owned small business. The owner is an extraordinarily careful professional. 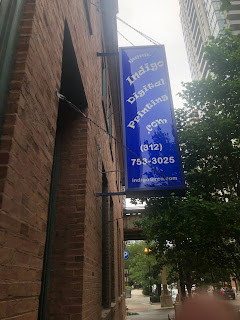 Now that the printing is finished I am folding and assembling all my zines by hand, before I begin selling them. This saves me the mad crunch as my stock dwindles and life presses in, and somehow I have to find time to fold, staple, press and cut 30 or 40 zines. It's been wonderful to get the gear and tackle and trim on the table and to discover that I still have the hang of using it. 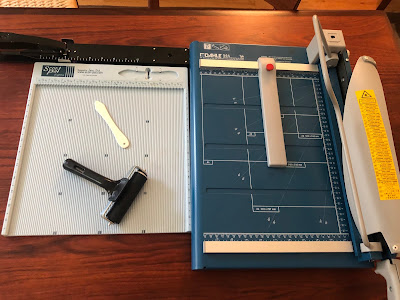 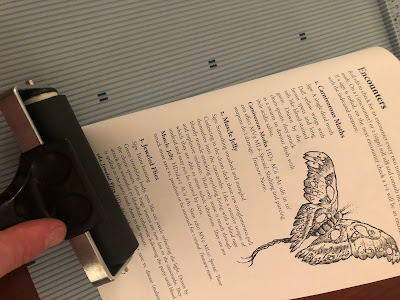 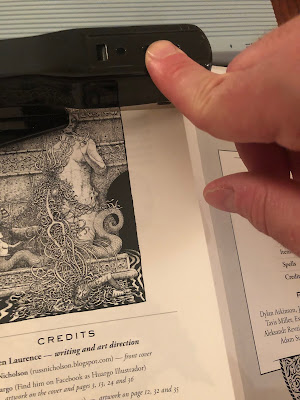 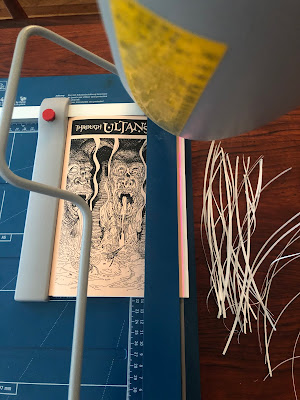 The only anarchic element--anarchic in the best possible sense--was Gus L's contributions, since he contributed so much for free in a spirit of brotherhood, from substantive revisions to the text, to a not one but two amazing maps, and a couple of unsolicited delicious interior illustrations. In fact, his map of the sewer river was so evocative that it fired my imagination, leading me to decide that I needed to give the pointcrawl of the sewer river its own separate issue of the zine. So that's going to be issue 3 now. Issue 2 is squarely focused on the Catacombs of the Fleishguild. I'm not going to show you the sewer river map yet, but here's a glimpse of his map for the catacombs in issue 2.


One consequence of employing this more rational approach is that delays in the process, instead of running simultaneously, stacked one after the other. What was a week here and week there for issue 1, accumulated into a few months of delay in Issue 2. I think it is worth it, since I have not yet been stressed out (!), and I am convinced that issue 2 is better than issue 1. But I'll let you be the judge of the question about quality. By the way reprinted issue 1 as well, as promised. Here they are together. 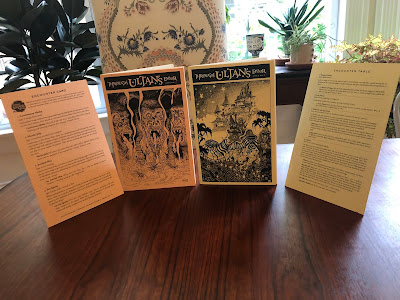 Right now, here are my priorities:


I hope to have this all done by the last week of June, and be shipping zines from then through September. After that I'll probably put things on hiatus again for a while. I hope this summer I can also get some work done on Issue 3, maybe finish at least a draft of the text. We'll see. For now, full speed ahead!

For the curious, in closing, here is a list of the table of contents for Issue 2: 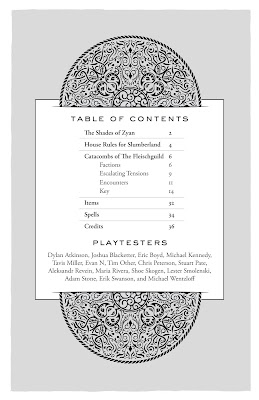