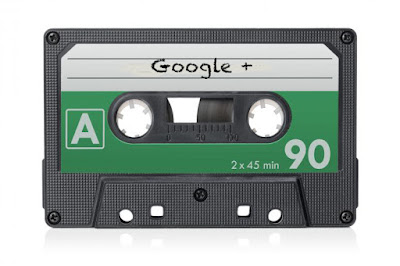 I have been on Google + for five years now. I have met so many of wonderful people there. We have shared practices, theory, and bits of wonder, frozen starlight, passed gleefully from one outstretched elfin hand to another. I have been in on the jokes (some actually funny), and shared sorrows with you. I have learned how to play Dungeons & Dragons with you, in rewarding and novels ways. But now Google + is going away. So I made you this mix tape. I think you'll recognize some of the songs. I hope you like it.

Before the OSR got onto Google +, it lived mainly on blogs and in forums. There was a rich blogging scene in 2009-2011, with many blogs posting 3-5 times a week. This led to a sprawling conversation that was conducted via comments and cross-pollinating blog posts. There were limitations to this scene, because mainly people knew other people only if they both had blogs. So the bar to being in conversation with others was quite high, namely, being willing to post frequently on a blog you maintained. As a result, many people were probably like me at that time: a lurker who didn't really feel able to participate in the conversation.

The transition from the blogosphere to the Google+ scene came in 2011. People were drawn largely because of the new possibilities of gaming that Google+ provided through the combination of social media and the Google Hangouts platform. The F.L.A.I.L.S.N.A.I.L.S. Conventions were first published in August 2011. The idea was originally proposed by Calithena to Jeff Rients and Zak Smith, and the three of them worked out the conventions together. They were published simultaneously on their blogs. The idea was simple. If you signed onto the conventions, then you agreed to allow PCs from other campaigns into your online game. You opened the doors of your game to a bunch of dimension hopping weirdos who showed up to plumb the mysteries of your world, pull off heists, and generally get into a lot of trouble. This led to the phenomenon of ConstantCon, a rolling series of dozens of hangouts games, such that on any given night you could jump into an adventure somewhere in the multiverse.

At its height, enough people were playing that the whole thing took on a player-driven, campaign hopping, mission-based feel. For example, when one group of PCs got themselves imprisoned in Castle Amber in Wessex, other players would put together a team for a rescue mission. Consequences sometimes followed characters between worlds, like when Brutal Pete stole a statue of Blibdalpoop and charmed one of the god's avatars in Herman Klang's game, and an invasion of kuo-toa followed Pete to Jeff's Castle Vyzor game. Markets developed trading in items acquired in different worlds. Got a problem in the Hill Cantons? Maybe you can solve it with an item from New Feierland. Characters made name level, and opened taverns...at which other players caroused in downtime. There was a misty wandering neighborhood, the Snail Quarter, in which flailsnails characters took up residence. There was even a character, Sir Alan of Partridge, owner of the (not so) legendary sword Chatscalibur, who ran a talk show interviewing other flailsnails characters.

And the characters! Some of them became Google + household names. Most notorious and beloved was, hands down, Jez Gordon's Man-rider. Rolling 3d6 down the line, Jez got a total attribute modifier of -8. Always game, he decided that the character must be a legless goblin. He rolls into adventures riding on the back of a nameless human servitor.


In one session, Man-Rider had a god give him a ride, in another he got cloned, but, infuriatingly, the clone had legs. Eventually he became a paladin, which is good, because then he could aspire to one day summon a super fancy man-mount. You can read the (almost) complete history of his legendary exploits here.

Other names that come up again and again include Sir Ward, Reynaldo Madrinan's Lawful Good paladin who acquired the Sunsword, and once, by using a coin-operated vending machine, had the misfortune to accidentally crash the Broodmother Skyfortress, destroying an entire town of innocent souls; Mo, Scrap Princess' drunken lost soul from the shit holes of New Feierland, whose main positive accomplishment was a certain rescue operation to be discussed shortly; Phillip the Bloody, Evan Elkan's taxidermy obsessed wizard whom Blixa accidentally killed; Noggin Threeteeth, Barry Blatt's cockney, anarcho-syndicalist, dwarven sewer worker from the City State of the Invincible Overlord, who was slain by spectres in the Dark Tower; Malice A'forethought, Zach Marx Weber's white elf assassin; Aleksandr Revzin's Brutal Pete, hated of Blidolpoop; Shoe Skogen's Elsgin; Ba Chim and Father Jack of Hill Canton's fame, played respectively by Humza Kazmi and Michael Moscrip; Quartle, Eric Boyd's Frogling wizard; Anxy P's Babs Mackelthorpe; Tony, Paolo Greco's Pigherder, and his pig Hansel; Joshua Blacketter's wizard Pete Loudly, who rose all the way to 14th level, along the way killing a frog god, and unleashing She Who Dreams and Whose Dream is the Sea on an unsuspecting world; and Magic Meryl, Nick Kuntz's wizard who became a casual cannibal after studying the Scroll of Ghouls a little too intently, and was smothered by serpents only to be reincarnated as a halfling.

And last, but by no sane accounts least, Barnabus Sleet, Maxime Golubchik's absolutely game-breaking muscle-wizard. By the end of his career, he was able to kill dragons with a single punch, and had five attacks a round, and an AC of -8. He once killed the god of the lizard men by punching her to death. He was that kind of guy.


What were the conditions of possibility for the amazing phenomenon of ConstantCon? For one thing, a heck of a lot of folks had been running games using either familiar older rulesets of D&D or an increasing host of retro-clones, or other systems that were variations on these themes. This meant that converting from one to the other was not too hard, in fact, usually a breeze. For another thing, various principles of play, like high-lethality, unbalanced, challenge oriented, location-based adventures, and the 1XP per GP rule, were widely shared practices in the gaming of the relevant community of bloggers and forum goers. Everyone was familiar with the trope of the dungeon crawl, and with the idea of a megadungeon, and sandbox, all of which both lent themselves very well to this style of play. Finally, the integration of Google + and Google Hangouts made scheduling and running a game very easy.

My guess is that FLAILSNAILS, more than anything, probably congealed a joyful solidarity and a living culture of play in the OSR. Everyone was playing in everyone else's games all the time. Everyone got to know everyone else by seeing them face to face, and sharing adventures with them. Useful techniques were carried like a virus from one game to another. Things that didn't work so well were tried and left behind. People came to know one another's campaign worlds as living things by cycling through them in a low commitment, high-octane, gaming. People were led to push the limits in creating in kind of competition with one another.

This percolated beyond the world of FLAILSNAILS. When I started my dreamlands game online, a bunch of folks just showed up, ready and knowing exactly what to do. We shared a set of assumptions about what we would be doing and how, everyone was familiar with the platform, and many of the folks knew each other (but not me, mainly). They were all, also, master players. I think FLAILSNAILS is partly to blame. (Another culprit were the long running non-flailsnails campaigns. Don't worry; I've got a song in that in a later track on the mixtape.)


When I was soliciting memories from flailsnailers on Google +, Trent B., the creator of the legendary New Feierland setting where many a flailsnails misadventures were had, popped in to remind his players about the fate of Trumpet, their donkey. It would be hard to come up with a better epitaph for Google +. 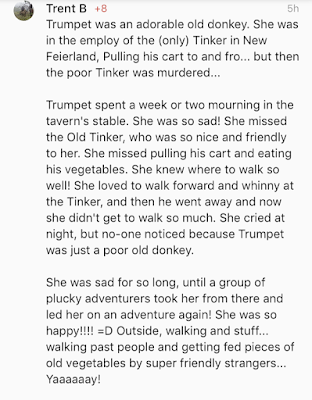 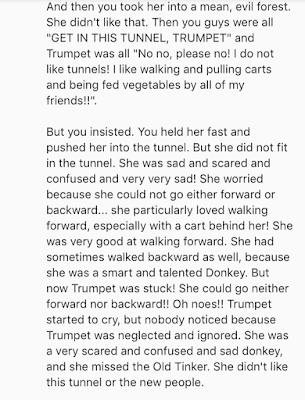 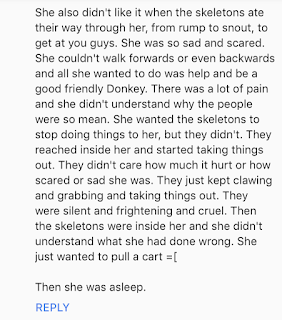 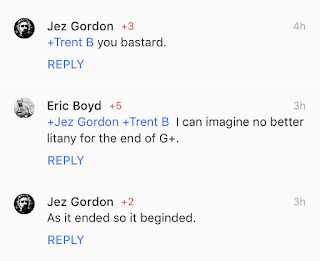 But I learned later, in a twist of fate, that this was not in fact the end of poor, innocent Trumpet. For Scrap Princess' drunken ne'er do-well character Mo actually ventured to hell to retrieve Trumpet. And Shoe Skogen informed me that he now lives in a grassy meadow outside an inn somewhere. I can't help but feel that if we can bring Trumpet the donkey back from hell, then perhaps, after all, there is hope that we can give this wonderful community a second life, in some new, unimagined form.