The way Nick handles treasure is that the more obviously liquid items like jewelry or gold bars can simply be converted to their GP value upon returning to town. But what about those valuable but more speciality items, like a gorgeously carved chair, or alchemical gear like alembics and retorts? Nick decided to create a downtime action to handle this, which you can read here.
Here's how it works. The character spends a downtime action to look for a buyer and the player rolls 2d6. On a 6- they roll on a table of complications, which has entries like selling the item for less than it's worth, or attracting the attention of the thieves guild. On a 7-9 the sale goes through and the player receives the GP value. On a 10+ the player rolls on a "Noteworthy Success" table with results like selling it for more than it's worth, or finding an abiding patron.
Nick's rationale for having a 6- be the complication was that to have a 6- be a failure to find a buyer would disincentivize the use of this downtime action, which essentially attaches a downtime cost to what in many games would be handled with a wave of the hand. In cases like this, I think Nick handles this the right way, replacing failure with an automatic success plus a complication. Keep in mind that you're pretty likely to get a complication (~40%) and pretty unlikely to get a noteworthy success (~10%). This represents the riskiness of trying to set up possible illicit sales of looted goods.
The two separate tables is also simple and direct. I would use this downtime action pretty much as written, maybe expanding the tables a bit to build in some more emerging adventure possibilities. 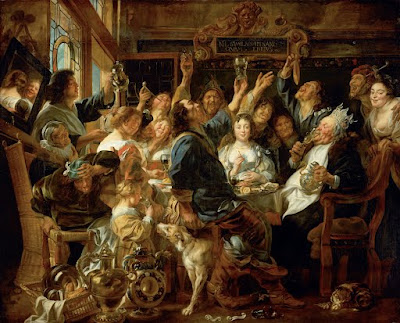 Carousing rules are a staple of retro-game downtime play. In fact they're the one part of downtime that has gotten sustained and broad attention. On the standard-average model proposed originally here, the player spends 1d6x100gp (or more in a big city) on a wild binge, drinking away their fortune like Conan would, and gets that many experience points. The player makes a saving throw against poison. If they fail they have to roll on a big chart of mishaps, with results like a wicked hangover, venereal disease, or ending up hitched to someone you don't remember marrying.

There are more complicated variants out there, like Gus' pleasing approach that gives you a bonus to the roll on the consequences chart if you roll well on your save, with positive consequences at the high end like winning at gambling or becoming famous as the life of the party.

I've been pondering how to incorporate carousing with my system of downtime actions. Well, Nick went and put together a splendid version for elves or "hobs" who can carouse in the "Twilight Shores", a sort of Lyonesse-inspired elfin hinterland. It's flavor is delicious.

Mechanically, the way Nick made it work is this. The player rolls 1d4 and spends the result x 100 GP on the carouse, getting that much XP. They make a poison save as usual. If they pass then they add the first roll (the 1d4 roll) to their consequences roll, and if they fail they subtract the first roll. The idea, I guess, is that if you spend big that could go either really well or really badly.

The consequences roll is the typical 2d6 downtime roll with the chart extended to 16 at the top (good results) and -2 on the bottom (bad results), sometimes with results differentiated by whether they passed or failed the save. The chart has glorious results: at the low end you can end up with an asses head, or an appointment to duel by riddle with an elf lord, and at the high end you can receive favors from elfin potentates or benefit from various temporary glamours. I like this a lot.

But it's a little fiddly in terms of how many rolls and modifiers there are, and also breaks with system by using the 2d6 roll for the table of random results. For my own version, I'd like to keep parity with the rest of my system by whittling it down to a single 2d6 roll with bad/mixed/good results, and a single followup roll on a table. I'm interested in trying out the model Nick used for finding the right buyer here too. Here's what I came up with. 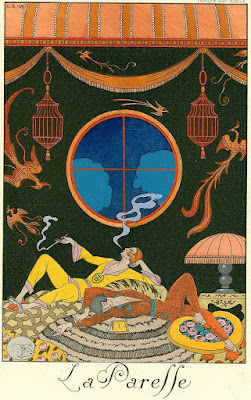 Carousing is a downtime action. You go on a wild bender and spend 1d6 x 100 gp (or as much of that as you have). The character receives as many xp as gp spent for the use of the downtime action and rolls 2d6. On a 6- the player rolls on the carousing mishaps table. On a 7-9 they have a swell bender with no ill effects. On a 10+ they roll on the carousing boons table. Once again, this gives you a fairly high chance (40%) of having a mishap--a fair risk for a hefty XP reward. But there is also a small chance (10%) that something good will have come of your intemperance.

In the version for Zyan, I'd certainly follow Chris Kutalik's lead for Fever Dreaming Marlinko and have a different table of mishaps and boons for each different neighborhood. (This is another way to give a local feel and texture to the place, allowing characters to build attachments to particular parts of the city.) But for starters, here's are some tables written with Rastingdrung in mind, a city whose sole recognized religion is the Temple of Ulim, a pleasure cult dedicated to plumbing the depth of hedonism. I've drawn freely on the carousing posts I linked to earlier for inspiration, but I've tried to expand the tables in directions that will generate interesting adventure hooks or complications. 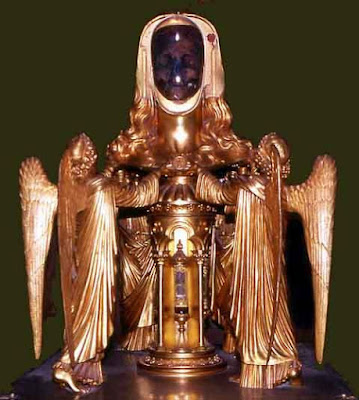