After four years of playing with the XP for GP rule, I have a hankering to try something different. The genre expectations and mode of play that go with that style of play don't seem like a great fit for a psychdelic, spiritual journey, sword & planet game that I'm planning as my next campaign titled Jorune: Evolution.
In fact, for my Jorune: Evolutions campaign I've decided to do something pretty drastic given it's OD&D-inspired chassis: to run it as a game without experience points or levels. The question this post deals with is then how to handle advancement.
As I discussed here, one thing I like about XP for GP is that it sets up open-ended objective challenges for players to solve. I also like that it incentivizes exploration in a sandbox without forcing the exploration to head in any particular story direction. Another nice benefit is that it does this by tying advancement to retrieving something that can be used in open-ended ways to further player involvement in the setting.
In that earlier post, I canvassed some alternatives to XP for GP, and many people pointed to still further alternatives. Here are the alternatives I've pulled together that will perform the same functions as the gold-XP nexus and the incentive of gaining levels in Jorune: Evolutions. I plan to distribute the functions played by XP for GP advancement to a variety of mechanics. We might call this "advancement decentralization". Here are a few decentralized options.

I'm going to handle development of skills, institutions, relationships, knowledge, weapon proficiencies, and the rest, directly through my system of downtime activities. This system puts incremental advancement in an economy of activities through which players develop their characters and leave a mark on the world. So that does a fair bit of the work that XP for GP does.

In Jorune, the default premise for the game is that the characters are "tauther" undergoing the citizenship ("drennship") application process called "tothis". This process involves a time of service to the realm, during which one must win the support of a variety of drenn patrons by accomplishing things that align with their goals. This means that in order to advance socially towards the social status of citizenship, one must navigate a social space in which one win over patrons with differing (and possibly opposing) schemes and interests.

Sandbox advancement is something I touched on in this post on experience points, but I wanted to spin it out a bit more here. The idea is that one advances by doing certain things in the sandbox. As I noted there, one sees something like this in Carcosa where one advances as a sorcerer by uncovering rituals, cthonic entities, and sorcerous materials at set locations in the sandbox. (It's as though the magic-user's spell list is distributed in space throughout the hexes of the sandbox, which is pretty cool.)
I definitely will be using this in Jorune: Evolutions. Some of the "evolutions" mentioned in the title will be things that can be undergone only in certain locations of the hexmap. These could involve evolutions in terms of Isho (psychic power) or in terms of Earth-Tec or other unknown dimensions of evolution. Similarly there will be a whole minigame about unlocking visions and powers by doing limilates (drugs). Naturally, the rare and wonderful drugs will be sprinkled (planted) throughout the sandbox. 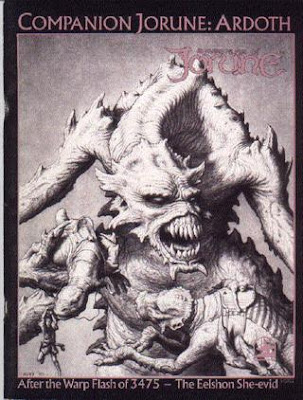 But this incremental development of skills and powers leaves out what we might call "big-ticket" advancement. Going up a level in D&D is a sudden big advancement. There's a certain thrill of crossing a threshold. It's also an abstract way of measuring how much of a badass your character is. And it comes with big mechanical gains that you can't get any other way: most importantly more hit dice, but also combat bonuses, better saves, more spells, improved class powers, and the like. To keep some of the flavor of OD&D, I want to discuss one way of handling "big ticket" advancement in a system without XP or levels.
My idea is to tie big ticket advancement to a bucket list of signature Jorune achievements. These should be achievements that adventurous youths of Jorune dream about doing, the kind of thing that tells you straight away that the person who did them is at least on the way to being a badass. It is important that the achievements be objective in the sense that they are not primarily plot goals, and that players can pick them up or put them down as they like, or ignore them altogether, without in any way derailing or detracting from the game. This is what makes them sandbox friendly. They also should be known objective challenges that are hard to complete.
This idea is clearly related to "milestone experience" from 5E, where the DM awards XP using campaign "milestones". Someone might say that a bucket list of big accomplishments is just a series of milestones. There's truth to this, but I want to start by saying that "milestones" is not the metaphor I would choose insofar as it suggests that the party is on a road to a determinate destination, i.e. it's a metaphor that pushes against open-world sandbox play towards the railroad and the adventure path. This resonance is heightened by the all too brief discussion in the 5E DMG, where we are told three things a milestone might be.
In any case, unhappy metaphors and assumed play-styles apart, I am happy to say that "Sandbox Advancement" is an experience point free variant of "Milestones".
This raises the question what the signature accomplishments might be and what big-ticket rewards they bring with them. On Jorune a partial list might look like this (I want to expand this to 10 things for 10 possible advancements):
When you accomplish one of these signature goals, each player in the group chooses 1 of these options to improve their character:
You make only raise your HD 3 times, and you may raise each attribute modifier only once. So you may advance in this way a total of 10 times before you are a truly legendary adventurer. Raising an HD is a big deal in this system.
Stat modifiers are also a big deal, since in my current version of the rules, few people will start with them, and they shift the probability on 2d6-based stat, skill, and downtime checks a lot. While they matter less in d20 combat, it's hard to come by bonuses of any kind in this system, since there is no attack bonus beyond what different weapon types give you, and armor options are likely to be limited. So I imagine it will be worth it to chase whatever edge you can get.
Next time I'll talk about the skill system. 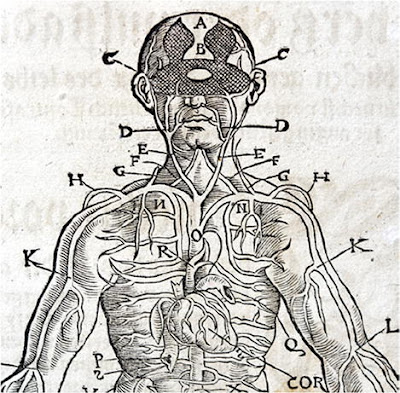