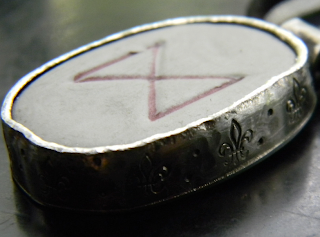 These small metal tins are engraved with symbols in the strange language of the Archivists. When the two halves of the tin are twisted open, there is a loud hiss, and a quivering blue jelly is revealed. One smears this substance on a patch of open skin. As soon as a sufficient quantity has been applied, the algae spreads rapidly to cover the body. Within minutes the user's skin acquires a gelid and translucent appearance. At this point he is able to breath water, although to do so he must first expel the air from her lungs. Should he not enter the water, within 15 minutes his skin will begin to painfully dry, erupting in cracked shingles that weep a blue ichor (2d6 damage). A tin contains five doses. Each dose lasts for about an hour and a half. These tins are exceedingly rare, and are only found in the forgotten ruins of the Archivists.


The Discipline of Still Breath 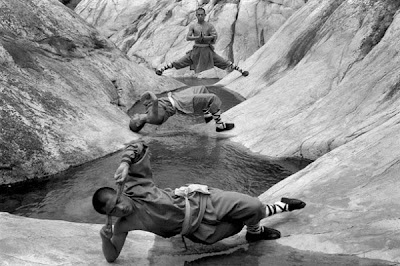 The Black Lotus is a secret monastic order that serves the Invincible Overlord as spies, assassins and agents-provocateur. Through rigorous and esoteric training, agents of the Black Lotus acquire mastery of mind over body. The most talented advance to the arts of the third mystery. Among these potent powers is the discipline of still breath through which the agent is able to suspend his respiration for up to one hour per day. Although taxing, shorter periods are not debilitating. However, the full hour stretches the agent to the breaking point. Afterwards he must fall into a deep coma for six hours, during which time his body replenishes itself. 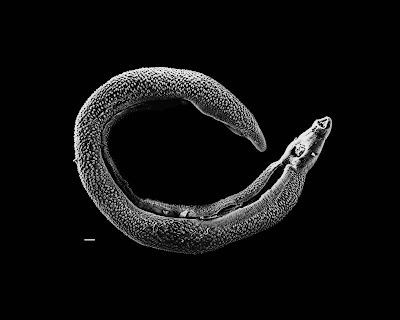 The most hideous of the methods is without a doubt the cultivation of the parasitic lung eel. Devised by the sorcerer lords, this hideous species enters the user's mouth as a larva no larger than the fingernail of child. A week later it has grown to a length of three feet, nesting curled inside the user's lungs. At this time the user acquires an unnatural vigor (+1 hp per HD) and the ability to breath water for up to two hours a day. Unfortunately, at the start of the third week, the lung eel lays its eggs, which hatch rapidly, killing the user as they feast on the meat of his lungs. To remove the lung eel prior to this date, one must tempt it from the lungs by placing a hunk of rotting pork on a hook at the back of the gullet. The art of breeding lung eels is all but lost, known now only to a handful of wizards, including the Keeper of Corals in Wolsdag.