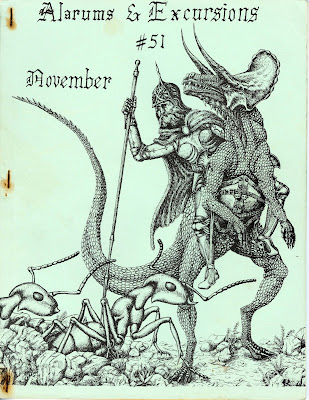 Zines are amateur magazines, usually inexpensively printed, often with small print runs, and a D.I.Y aesthetic. While I don't know much about the history of zines, you can find a seriously oversimplified overview here. The story as recounted there is that zines began as part of science fiction fandoms, and then in 1970s and 80s, when copy shops opened, were adopted by the punk scene in London, L.A. and N.Y.C. In the 1990s there was efflorescence of zines in the riot grrrl scene.

There is a long history of zine-making in the ttrpg community and its precursors, which is natural given that ttrpgs grew out of the science fiction and wargaming scenes that already had a rich zine trade. Jon Peterson talks about some of that history here. Before he ever dreamt up Castle Greyhawk, Gary Gygax published the Domesday Book zine for the Castles & Crusades Society, in the pages of which Dave Arneson first published details about the Blackmoor setting as part of a play by mail fantasy game. Early zines in the hobby included Lee Gold’s still running Alarums & Excursions. Judge's Guild had several zines, including the Judge's Guild Journal, Dungeoneer, and later Pegasus, although over time they became more professional and less zine-like. Tekumel had its early zine, The Tekumel Journal, followed later by a few others, including The Journal of Tekumel Affairs, The Imperial Courier, The Eye of All Seeing Wonder, and Visitations of Glory. The Arduin Grimoires were printed entirely in zine format. Even Skyrealms of Jorune, a game that almost no one ever played, has had five different fan produced zines: Borkelby's Folly, The Danstead Traveller, Sarceen's Knowledge, Journal of the Tansoor Society, and, most recently, Segment Sho Caudal. 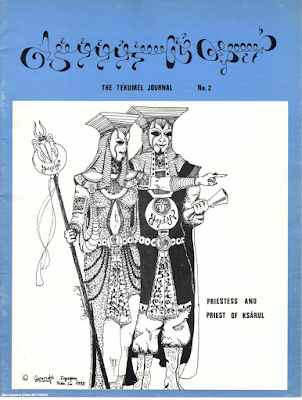 This isn't an accident. In many ways, zines are an ideal form for DIY tabletop gamers to share their adventures, houserules, settings, systems, and so on with one another. Unlike in the early days of our hobby, when one had to mimeograph an entire issue, the bar to entry at present is extremely low. If you do things right, and if you have the skills (and gear) to handle the electronic side of the operation, a zine might cost you as little as a dollar to print and ship at the price of a regular letter. The technologies for selling zines online are also basically free. For $150 you could easily have a 100 copy barebones print run of your own homebrewed creation that you share with your fellow gamers through social media and a webstore, or a through a third party site like DriveThruRPG, Lulu, or itch.io.

The retro-gaming zine scene is currently going strong. Some of the most interesting DIY work that's being done is being done in zines. There were a raft of exciting new zines of all sorts spurred recently by Kickstarter's excellent ZineQuest in 2019. Thankfully Kickstarter is doing it again next month, so we're about to see another slate of new and returning talent. I've put out two issues of my own zine, Through Ultan's Door, and I'm hoping to debut issue 3 at GaryCon this year. 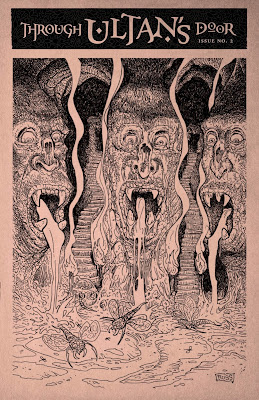 But I can't help but feel that things aren't as easy as they should be. Our collective knowledge about the craft of zine making is huge. But how can someone who is just getting started, or who's trying to pick up a few new tricks, tap into that wealth? To help, I've decided to relaunch and extend a series of posts on this blog called "So You Want to Make a Zine?" This extended series of posts will share my own knowledge, and (more importantly) the knowledge I glean from talking to other zinesters about the craft, logistics, and economics of zine-making. I plan on covering everything from how to print a zine to how to physically assemble one; from how to write a zine to how to find and work with artists; from how to set up webstores to how to layout a zine. Hopefully the comments section of these posts will provide a host of other resources as people chime in. I'll also be linking to other people's blog posts and youtube channels, whenever I find useful information.

I've also decided that I'm going to another series of post titled, "Zine Reviews". I've done some zine reviews in the past, before I started making my own zine, including a review of Melan's fantastic Echoes Fomalhaut zine, and a review of the older and now defunct AFS zine. But going forward, I'm going to do at least a couple of zine reviews every month, and I'll be focusing not only on the content (as I did in the past before I knew anything about making a zine), but also on the production choices, physical quality, layout, and so on. I'll also try to do the occasional review of an old zine, or run of zines from early in the hobby. 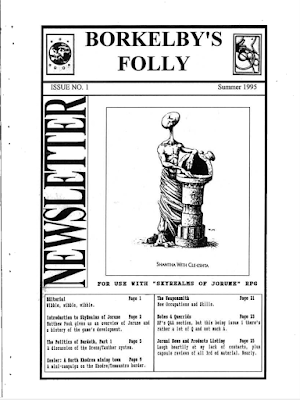 Labels: So You Want to Make a Zine?, the Hobby, Zine Reviews, Zines