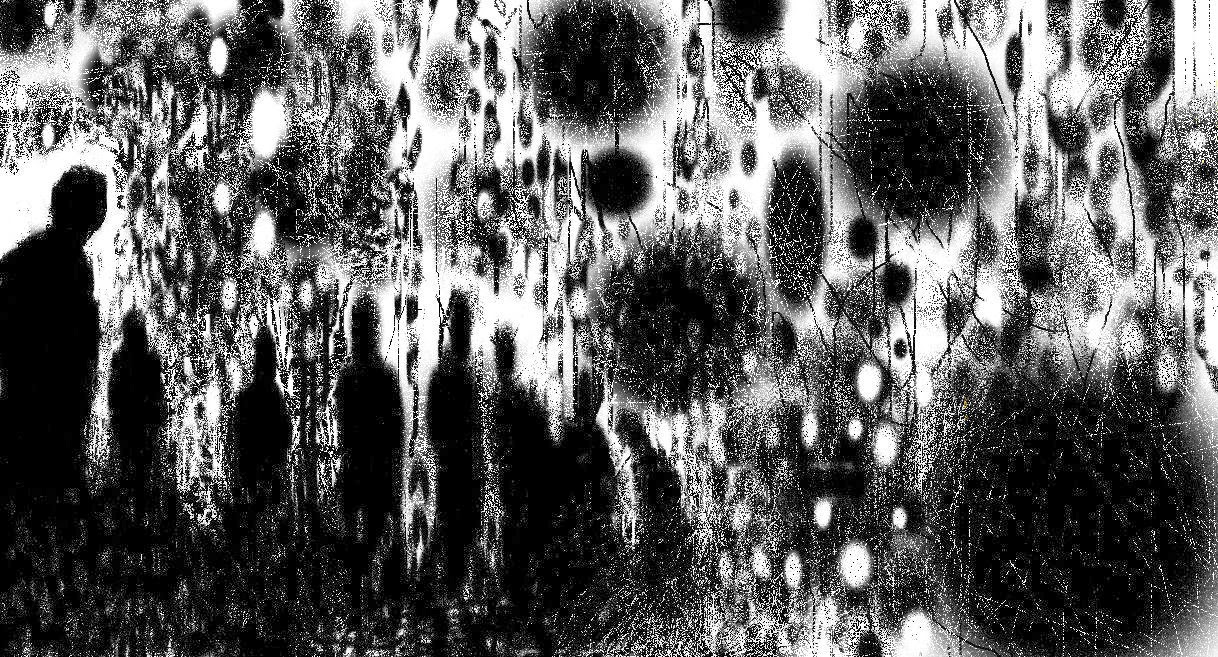 The Sapless Ones are the shades of those who died alone and forgotten, left to rot without proper burial and funeral rites. Those who were cunning in life eventually win passage through the Verdigris Gate into Ushanpor, the great city of the Brass Sepulcher. There they slip from doorway to doorway, past desecrated temples, rank gardens, and silent bazaars to congregate listlessly with their kind in filthy courtyards, where they find brief solace in company with those who share their plight. Over time their memories fade, and with them their dreams, hopes, and personality. They remember only that they do not remember, and driven mad by a dull aching lack, they long for whatever would fill it. They lack substance, and although they are filled with an envious hatred of the living, they are desperate to serve those who can provide it.

To perform the ritual, the conjurer must find an individual soon to leave the bright lands of the living. He must of his own free will agree to bear the Fifth Circle to Ushanpor. It is inscribed on two twin copper coins, made using the same mold, which must be broken as soon as they are cast. These coins are left to molder in a container filled with the damp earth stolen from a grave, for no less than six moons. The conjurer must prepare his messenger as his end approaches, intoning powerful spells that bind him to his living purpose and uphold his resolve so that it may endure even in the Chambers of Forgetting. In the minutes before his death, the conjurer must place one of the coins in an incision under the messenger's tongue. Its twin must be worn about the chest of the conjurer at all times until the Sapless Ones are bound.

Within a month, they will come, at a time and place of their own choosing. This will not be pleasant, as they press and crowd, whispering, hungry and malevolent, imploring the conjurer for his substance. They speak in Morkavian, the pickled tongue, gibbering language of the dead, in which the negotiations must be conducted.* (It can be learned from any of the grammars popular among necromancers.) The shades desire only one thing: to drink the most precious and vivid memories of the conjurer. Such memories will be lost to the conjurer forever, shared eagerly amongst the Sapless Ones as sustenance. After much sordid haggling over particular memories, an agreement will be reached. Then the Sapless Ones will claim their due. This is the moment of greatest peril for the conjurer, for in their thirsty press, their grasping hands will clutch at more than is their share. They must be held to a firm line, but this is no easy thing to do, even for seasoned necromancers.

Mechanics: The minimum level required for successfully performing this ritual is 11. When a PC performs the ritual of the Fifth Circle, his player should make a saving throw vs. magic with his eyes closed. The initial modifier for this roll is -2. If he is able to consult the great necromantic tome Within the Brass Sepulchre, he may add +2 to this roll. If he can raise spirits and has experience speaking with dead, or has studied under an accomplished necromancer, then he may add a further +2.

Success: If the conjurer makes the saving throw, he may now summon 1d4 Sapless Ones using Monster Summoning III. Sapless Ones HD3+3 AC7 MV12 Att: grasp 2-5 + energy drain. (Note that their incorporeal grasp ignores armor for the purposes of striking.) If they succeed on a to hit roll, the victim must save vs. magic or lose a level and many precious memories permanently. If an individual is reduced to 0 hp or level, by a Sapless One, he rises in d4 rounds as a Sapless One under the power of the conjurer. At night or in shadowy places Sapless Ones receive +4 to surprise rolls. In daylight they receive +2. The conjurer may also employ Monster Summoning III in a more subtle way. If he can convince a victim to willing accept the copper coin used to summon the Sapless Ones, he may send them to torment and destroy the victim. They will usually haunt and terrorize the victim, slowly draining him of his strength, and memories over the span of a week. During this time they cannot be summoned by the spell. To employ them in this fashion is dangerous, since they often overstep the bounds of their instructions. And when they have fed deeply enough of the strength of the living, there is always the danger that they will assume the form of those they drained, and live a parody of life, passing for the once living victim that they now know so well.

Obvious Failure: If the conjurer fails by 5 or more, the Sapless Ones press in upon him, jostling and shoving, grasping and roughly handling his inmost memories. Having drunk their due, they are not sated, and press for more in a mad scramble. The conjurer is overwhelmed, and they slake their thirst freely, drinking deep draughts from the conjurer's secret stores. In the first round, they drain 1 level. The conjurer must immediately make a save vs. magic at his new adjusted level. If he fails, the drain continues, losing another level the next round. The process is then repeated. When he finally bars the gates of his mind, the Sapless Ones flee, giddy with their new life and power. They will return later as a doppelganger of the conjurer, of whatever level they have drained from him. Using his memories and appearance, they will attempt to unseat him and usurp his life and power.

Subtle Failure: The Sapless Ones press in upon the conjurer, jostling and shoving, grasping and roughly handling his inmost memories. Having drunk their due, they are not sated, and press for more in a mad scramble. But the conjurer--so he believes--holds them to their allotted portion, and the ritual is a success. The Sapless Ones are bound as above. However, unbeknownst to the conjurer, they drank well above their share. To represent this fact, the DM should begin introducing things from the immediate and distant past that the conjurer does not remember. Start with small things. For example, perhaps upon returning home from the ritual the conjurer finds that someone has been tampering with his previously messy library, and has reorganized his books in a tidy fashion. Slowly more alarming consequences will become evident. For example, when casting each spell for the first time after the ritual, there is a 1 in 10 chance that it will be forgotten. In that case he must relearn the spell as usual. The DM should also feel free to introduce adventure seeds that build on the conjurer's forgotten memories. Perhaps someone whom the conjurer has never seen claims to be his old friend, or even his brother, asking for help. The conjurer has no memory of him, but he seems to know many intimate details that cannot easily be counterfeited. Perhaps he is who he says, perhaps not. Or alternatively, perhaps the conjurer finds himself mysteriously in possession of a coveted magical tome or artifact. Puzzled, but delighted, the player goes about his business. But in a month, a witch, demon, or sorcerer appears, incensed that the conjurer has not upheld his end of their bargain. And so on.

*Years ago, I read a wonderful post on some excellent OSR blog that described a gibbering language of the dead. (It may even have referred to it as the pickled tongue, although I doubt it.) Ever since then I've used it in my games. I tried to find the source to give it due credit, and even asked the great OSR hivemind on G+, but came up blank. If anyone knows, I would be glad.