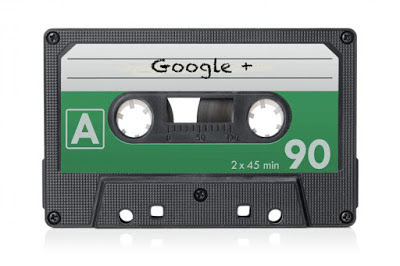 I was on Google + for five years with you. We shared practices, theory, and bits of wonder, frozen starlight, passed gleefully from one outstretched elfin hand to another. I have learned how to play Dungeons & Dragons with you in rewarding and novels ways. But now Google + is gone. So I made you this mix tape. I think you'll recognize some of the songs. I hope you like it.

This is Track 02 of my google mixtape series. Listen to Track 01 here. 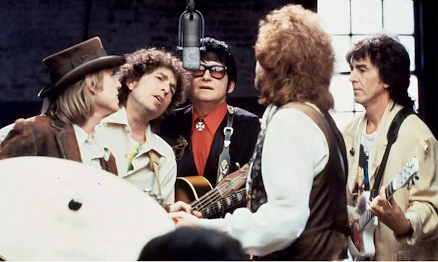 More than anything, I would say the OSR scene on Google+ was a play culture. People played a lot of games with one another. Since to be on OSR Google+ you had to be really into roleplaying, most everyone who played was also a high-caliber DM with a blog and a campaign (or two) of their own. Groups on G+ were like "super bands", composed entirely of the most engaged single member of other groups. This meant that being a player allowed for immediate influence and transmission of techniques from one game to others. Someone who had an amazing experience in John Bell's Necrocarcerus or Evan Elkin's Nightwick Abbey campaign as a player would turn right around and put those practices to use in their own campaigns.

Google+ had an excellent set of tools to enable this process. When G+ introduced "communities" that allowed you to moderate subgroups, this allowed for a centralized platform where people could communicate directly with their players easily. Since events were integrated with Google+, you could schedule a google hangout, slap a glorious picture and a description on there, invite all your players (or whomever you wanted), and even get a reminder for the event. It was also like having an easier to use campaign blog integrated with your social media scene, since you could post campaign hooks, session recaps, NPC pictures, and so on to your community.

Since folks in the OSR scene were mainly on Google+, it meant that all the amazing long-running campaigns of the OSR had their own G+ communities. Google+ wasn't just a social media platform; it was a storehouse of living campaigns. When Google+ was dying, I found it unbearable that all these intensely shared worlds of play would vanish. All the posts about NPCs, all campaign hooks, all the giddy post-game exchanges between players, all the houserules, all the downtime activities, all the richly imagined information about the world--gone in a digital heartbeat.

There was an app called Google Exporter that allowed you to download a community if you were a moderator. So I set about offering to export people's communities for them. In the course of doing that, I learned a lot about what different people were doing. In the final twilight hours, I picked a few campaigns and took the opportunity to interview players who had played in them. My two criteria for picking the campaigns, were these: 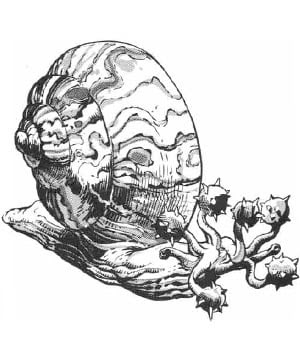 This topic is related to, but distinct from, track 01, which was about flailsnails. Some of these campaigns began as flailsnails affairs, slowly settling into a non-flailsnails mode as regular players starting coming back and the occasional new players rolled up characters from the campaign world. Other campaign began as  independent non-flailsnails campaigns, and briefly opened their doors to cosmic interlopers at the height of the flailsnails fad, before returning to their homegrown ways. Yet others came after flailsnails was more or less moribund, or simply never participated in the planes-hopping shenanigans. The role of flailsnails was, I think, as an accelerator of the play culture in general. It helped to build a pool of available players with connection with one another. One might play with someone else in a flailsnails game, and then get an invite to the non-flailsnails campaign they were starting up as a DM. Flailsnails built connections between people and greased the wheels for G+ play. But the point is, these established, long-running campaigns are not, in the main, flailsnails games. They are a different, if related, part of the G+ OSR scene.
Given the super band phenomenon, one thing I found when I started to look into it, was that you could trace influence from one campaign to another, in an evolving set of DMing practices, house rules, settings, and in some cases, publishing ventures. In fact, I've come to think of this super band play culture as the hidden infrastructure of the G+ OSR scene. A lot of the visible facades--blog posts, published rulesets, adventures, publishing outfits--were supported by these hidden networks of transmission. So, for example, David Lewis Johnson's Gathox Vertical Slum, a visible product you could buy and consume, was invisibly influenced by the fact that Johnson played in Robert Parker's Savage World of Krül campaign. Similarly, Gus' HMS Apollyon Player's Guide was influenced by the experience Gus had playing in Brendan S's experimental Pahvelorn campaign, which led Gus to rewrite entirely the rules for his HMS Apollyon campaign. What you, the DIY enthusiast or consumer, see is the end product of a fermenting process that begins with experience as a player in other people's games that often passes through the author's own campaign, finally crystallizing in the public sphere as some numinous object.
In the next few tracks on the Google Mixtape I will be talking about these games in groups of influence. We're going to start with perhaps the best known Google+ campaign: the Hill Cantons. In later tracks we'll branch off into less well-known territory. I couldn't be more excited to tell you what I learned about these glorious G+ campaigns, many of which you've probably never heard of, even if you were on G+. But they were all influential in their way, and tracing the lineages is interesting.  Here is a preview of future tracks on the Google+ Mixtape. I may add some tracks if I get the chance to interview some more groups.
Track 03: The Hill Cantons
Track 04: Savage World of Krüll
Track 05: Swords of the Inner Sea
Track 06: Pahvelorn
Track 07: HMS Apollyon