Escapism and Our Hobby

There's something else that Anthony Huso says in his foreword to The Nightwolf Inn (which I reviewed the other day) that resonated with me, in spirit if not detail. Huso writes,

This is the rule set that carried me through the tumultuous years of my youth when so many things I could not control had gone wrong. With these rules, I found a semblance of control and a sanctuary among dear friends. Here was a game I could relate to. It was a game of simulated struggle, with brutal consequences, where heroes died just as they did in the real world. But here also was a game where you faced those terrible trials together with friends and realized how important that was--to have good friends when you had little else. Then again, here was a game where the dead could be raised and those of righteous intent gained special power. How could I not long for such a thing? And so began my deep desire to master the rules of this admittedly complicated game. 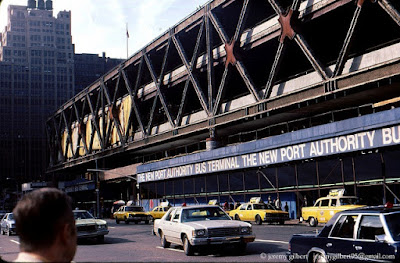 Some vignettes from the memory banks. At the end of fourth grade, my beloved nana has a sudden catastrophic stroke, like a bolt of lightning shattering my extended family. Four hours of brain surgery have left her strange, with wild white hair, unable to speak, her body rigid and unyielding. My pop is distant and stern, a fundamentalist child of the depression. He's never cooked for himself or changed a diaper, but suddenly finds himself responsible 24 hours a day for the bodily functions of his wife of 49 years. Of their three daughters, my mother is the responsible one. So, even though we have no car, we make the three hour trip from NYC to Vineland almost every weekend for a year, riding the Greyhound. I haven't yet played D&D, but I'm already in love with it. In my lap is my brand new Monster Manual II. As we pull from the Port Authority garage, I read the entry on the Aboleth. In the momentary darkness of the tunnel, I sit entranced by the horrific splendor of the thing. I ask myself, what would be to play in the depths of the earth? How could you even get there, much less have adventures wandering around in miles of lightless caves? This seems to me a very different game than the one conveyed by a choose your own adventure battle against Bargle. I read ever entry in sequential order.


Another bus ride, years later. The great sixth grade summer of D&D has already come and gone, where I slept over at Nattie's house twice a week, applying liberal tinctures of ice water and standing over the air-conditioner to stretch the night to its limits. This time I'm reading Tunnels and Trolls, which I purchased out of curiosity at the Compleat Strategist because it looked so strange. I remember pouring over the weapon list, with all its exotic name, each mechanically distinguished in totally unbalanced ways. And looking at the Liz Danforth illustrations--the summoner who has just sacrificed a pixie, the warrior wearing a leopard skin, the hobbit battling a serpent by a burning brazier--all dripping with a sword and sorcery vibe that was so different from the art in D&D. My mom and I get out at the rest stop at Westhampton to use the vending machine, like we always do (favorite: Chuckles). When I get back on the bus, two boys are looking through my book and whispering to one another. They're kids who got on at the stop for the reform school, maybe on their way home for visit. They return the book, but I have a strange feeling, and don't feel comfortable reading it. I think it's partly guilt--why shouldn't they have Tunnels and Trolls? Maybe they need it more than me.

Later, not on a bus. I'm having a bad freshman year in high school. I got into a pattern of not doing my homework in junior high, but I could coast by because I was a clever kid. Now clever won't cut it, and I'm ashamed, so I start cutting classes, lying a lot, and hanging out with troubled kids. One day, two acquaintances, Loren and Matt, kids I know through mutual friends in the roleplaying scene, decide this is total bullshit. They take me by the arm after school and tell me I'm coming with them instead of going to hang out with the bad apples. For the next three years, we're inseparable. They play Rogue Trader and Warhammer Fantasy Roleplaying 1E. They introduce me to the gritty British punk aesthetic. I play rat-catchers, roll on critical tables that result in lasting deformities, and lose myself for hours in Slaves to Darkness. They're artists, and they build exquisite houses and scenery from White Dwarf so that we can skirmish with space marines. I finally run a 40k roleplaying campaign by hacking WFRP, coming up with tables of careers, and rules for spaceship combat. They escape from a chaos tainted space hulk, steal a ship, and become smugglers like Han Solo. I learn from them to accept responsibility when I fuck up, and then, once I've climbed out of the pit of shame, to stop fucking up.

Now, I'm driving in a rental car from the Philadelphia airport to New Jersey, this time to be with my mother. I just finished my PhD, and after a tumultuous year on the job market, I have a good one year position. My wife is pregnant with our son. My mom has cancer, first kidney (slow) then pancreatic (terribly fast). Her apartment is too much to manage, so she's living now with her sister in Medford. I take her out, and we have long talks, and I try to get her affairs in order as much as she can manage, and watch TV with her when she can't talk. But I still have too much time on my hands in that little house, and I'm in no state to do philosophy. I read in the news that Gary Gygax has died. I find his death and the remembrances of him very moving; echoes of my mourning. I haven't touched a roleplaying game in a decade, but google leads me to  Grognardia, and from there to Jeff's Gameblog, Sham's Grog-n-Blog, and Huge Ruined Pile. They put me on to Clark Ashton Smith, Robert E. Howard, Lord Dunsany, and, best of all, Jack Vance. I read tales from Xothique, I read Red Nails and Goddess of the Black Coast, Pegana, and the Dying Earth books. I delight in Dunsany's fever dream worlds, in Howard's sword and sorcery escapades, in the wild picaresques of Cugel beneath the dying sun. I feel as though I'm mainlining the things that entranced me most in my youth, drifting to my young self like flotsam on the froth of the games I loved. Next I read photocopies of the little brown books, and the Gygax modules, Hommlet, Vault of the Drow, Tomb of Horrors. I want to play D&D again and better, as a grown up. It seems possible to me to return. My mother meets my son exactly once before she dies.

To say that our hobby is escapist is a cliche. While not without truth, it flattens everything. Was I escaping when I went with Matt and Loren? From what, to what? Was mourning Gary an escape? Or preparation for an unbearable reality? I'll give the cliche this much. When we play D&D we engage in elaborately structured pretense, imagining worlds together. Like poems, novels, movies, and even the architecture of philosophical arguments, we carry them around inside of us and dwell in them. Sometimes the world is hard, and there is solace in inhabiting them together.