As one approaches the falls on the great sewer river of Zyan, the currents quicken and the waters rise as many tributaries pour into the tunnel. Soon, lit lanterns begin to line the walls and a large harbor appears on the left side in a chamber of carved stone set behind breakers. The guards who are stationed there will lead visitors down a lit walkway that follows the river as the roar of the water becomes louder until it is deafening. Here it spills in an endless flow downwards into the White Jungle below.

From here a set of steep and narrow stairs carved directly into the rock face winds down in the darkness to a set of hanging wooden bridges. Overhead, lantern light reveals a loamy soil in which are sunk massive and conjoined root balls that twist and wind together, reaching their enormous roots deep into the rock of Zyan above. From this anchoring root system spring down the cyclopean trunks that disappear into the darkness below. They branch out into interconnected brambly thickets 100' below.

Lit pathways hang over this chasm, leading between the massive trunks towards a network of hanging pagodas. Once the legendary merchants hawked their wares to a steady stream of visitors. Having stepped off their pleasure boats, they dallied in the great hanging bazaar. An adventuresome few, led by hired guides and seasoned veterans, were on their way to safaris and expeditions into the jungle, while a smattering of aristocrats and their invited guests prepared to embark in caravans to their ingenious hanging manses to feast on rich jungle fare and while away the hours in opulent leisure. Most, however, had paid the ferry merely to see the great falls and win the right to say that they too had visited the inverted jungle, even if only in the darkness of the very highest level.

But the jungle has now been abandoned by Zyan above. The visitors no longer come. All but four of the hanging pagodas stand empty and derelict. Each of these is occupied by one of the four remaining hanging merchants of Zyan. 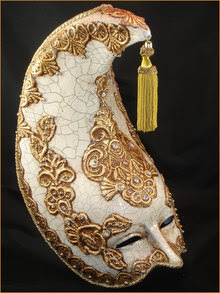 The pagoda of Malichar is large and lit by lanterns of colored glass that twinkle invitingly in the darkness. Hanging from the rafters, and displayed on tables and shelves, are wares of a bewildering variety. One one table a gorgeous pair of cuved and gilded blades are displayed atop the impossible long and lustrous white fur of a leopard python. Over another, a queer system of ropes and harnesses for traversing the jungle depths dangle next to baskets of exotic jungle fruit. No sooner than a patron has laid eyes on this improbably cornucopia, bustling servants offer up platters of fine jungle fair and elegant wine. Malichar wears a silver mask in the shape of the moon. Damask robes decorated in stars cover his large belly. He has a deep booming voice and a bombastic tone. He belongs to the august clan of the arbitrageurs. 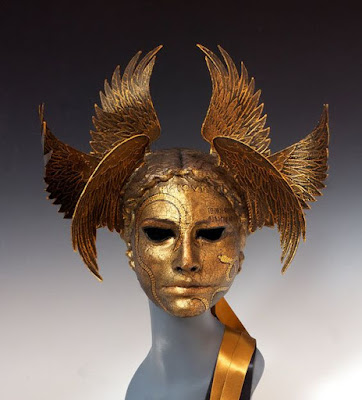 The Pagoda of Nekalimon is large and lit by fires burning in carved lanterns. They project massive phantasmagorical shadows that flicker on the white trunks of surrounding trees. Within his pagoda, the opulent embroidered fashions of Zyan hang on racks next to glass cases displaying the skins of scintillating jungle snakes, and head-dresses made from the dazzling feathers of jungle birds. Several suits of lavishly decorated armor are displayed on mannequins next to the twisting spine of some jungle monstrosity. No sooner has a patron set foot in his establishment then a maiden wearing a porcelain mask strikes up an enchanting tune on a glistening string instrument. Nekalimon wears a golden winged mask. Black robes printed with small yellow flowers cover his lank frame. He has a thin and reedy voice. He belongs to the esteemed clan of evaluators. 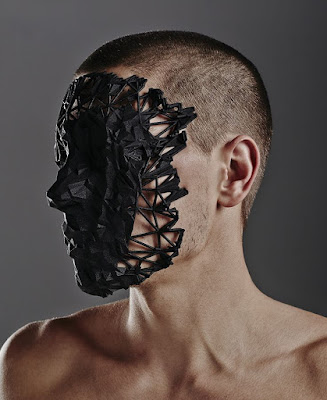 The pagoda of Bulras is humble in proportions and decorations. The smell of animals, and the screeches of birds can be heard as one approaches. From the rafters hang cages housing strange and wonderful fauna from the jungle below. Within one cage a mother bird feeds her young, opening her gullet to reveal the delicate petals of a fleshy flower from the stamens of which her chicks suckle. 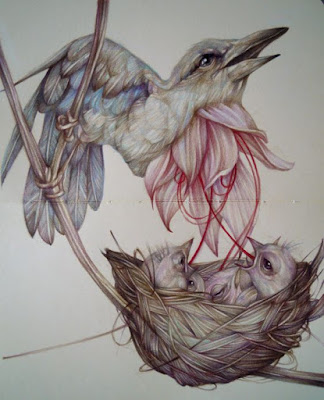 In another, a pair of serpents, one white and one black, with the heads of glistening beetles, coil endlessly in a hypnotic pattern. These wonders are juxtaposed with tables bearing ordinary items such as cooking pots, caskets of mead, and sparkling but valueless costume jewelry. Bulras wears a black mask that clings to his face, and unremarkable robes. His manner is direct and unpretentious. He is a member of the clan of gutter-cleaners. 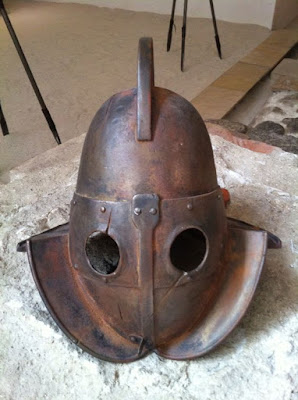 The pagoda of Ulram is small and undecorated. A pungent and pleasing aroma of drying herbs that hang everywhere from teh rafter fills one's nostrils as one steps through the door. On a trellis, vines curl bearing flowers with trembling petals like the jeweled wings of insects. In a terrarium, a plant with hard white protrusions snaps shut its jaws on tiny scampering lizards. 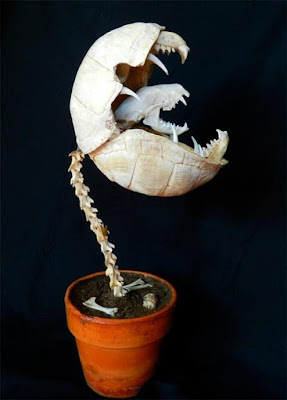 On display as well are may tools for cutting, clipping and sawing, strange hooked polearms, alembecs, and baroque instruments of unknown purpose. Ulram serves pungent and invigorating jungle tea in wooden mugs to customers. He speaks little and has a grim wit. He is a member of the reviled clan of cat-catchers.

The hanging merchants have any item on the standard equipment lists at 2x the cost. They have aesthetically gorgeous versions of any weapon and armor of chain or lighter at 3x the cost. In addition they have the following remarkable items for sale.

Weighted Boomerang 50 GP
On a hit this does 1d damage, but unlike other missile weapons, it immediately induces a fall check. If it misses roll 4d6 under DEX to catch it on the return.

Miasma Censor 75 GP
These censors hang around one's neck. When lit they burn an incense to keep at bay the miasma that plagues the highest level of the jungle. It grants a +5 saving throw to the wearer should the miasma roll in.

Harness System 200 GP per PC
This system allows individuals to clip on and off a shared rope. It allows one to repel as well. It has the mechanical effect that users have the status of being strongly secured for the purpose of falling checks (+2), but move as thought they were lightly secured (3 hexes per day).

Hanging Hammocks  100 GP
Allows one to sleep in comfort in the jungle without making a CON check. Takes two equipment slots.

Cage, Medium 50 GP
A cage large enough for a cat or large bird.

Cage, Large 75 GP
A wicker cage worn as a backpack large enough for a monkey. It precludes wearing a backpack, and counts as one item in addition for encumbrance, given its bulkiness.

Cat's Eye Fungus 125 GP per dose (5 doses available)
Squeeze these sticky mushroom caps and they exude a purple jelly. When this is rubbed into the eye, it grants the wearer infravision for an hour.

Stench Rose 200 GP each (4 available)
A small tin sphere with holes in it contains the red petals of the stench rose. The surface of this jungle flower is covered in oil that is flammable and produces a choking stench when ignited. In the wild, the petals of this plant respond to being jostled by heating up; the plant is immune to fire and the oil burns off. To use the sphere, one ignites the wick and tosses it. In one round it produces a 20' radius stench cloud no visibility and save vs. poison or retch for 1d4 rounds.

Purple Paralytic 400 GP (one tube with 6 doses available)
This is a rough purple paste in a tube, the consistency of gritty toothpaste. It is the crushed of a paralytic coral that grows in glades in the lowest level of the jungle. When it comes into contact with the skin of a victim he must save vs. poison or go into uncontrollable muscle spasms for 1d6 rounds. Can be applied to missile weapons. (1 dose covers 4 arrows or one blade)

Blackseed Poison 150 GP per dose (10 doses available)
These small black granules smell and taste of anise, providing an alluring seasoning for dishes savory or sweet. They are the seeds of a deadly plant that grows in the densest thickets of the jungle. Within 12 hours of consuming the poison, the seeds lodge themselves in the intestines. They bud rapidly, growing into thorny, writhing black stems. The victim must save vs. poison. If he succeeds, over an excruciating six hours he passes a mass of writhing shoots in his bloody stool (-4 to all rolls during this time). If he fails, the plants thrive within, providing an agonizing death as they burst through his abdomen.

Pod Stimulant 75 GP (6 doses available)
These red pods are parasite that infect vines deep within the jungle. When chewed like tobacco they induce an invigorating sensation. The user may ignore a penalty form poor sleep or pushing it for up to 4 hours. When it wears off, the original penalty plus any accumulated further penalties apply. 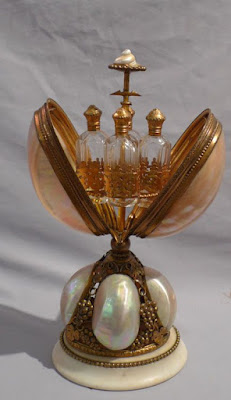 Hunting Vole  250 GP
This writhing, eyeless beast scrambles at its cage bars with its many clawed-legs. When provided with a sample of a scent it will relentlessly track that scent through the jungle, scrambling over boughs and trunks, provided the bearer of the scent has passed by within 24 hours. It comes with a long leash. Because it must be caged and fed, it takes 2 equipment slots.

Messenger Wasp 175 GP
This 8 inch long insect is covered in thick white fur that barely conceals a row of fluted apertures (mouths) along each side. The Messenger Wasp will mimic any sound it hears through its murmuring mouths, up to four sentences in length. A properly trained wasp can transport messages back to the last spot it was fed a certain food when you wave the food under its trembling antennae. (It can remember up to 6 different foods at a time.) Its small cage takes up 1 equipment slot.
Posted by Ben L. at 6:22 AM