The Guilds of Zyan

In Zyan, each clan practices a characteristic trade, and wears a distinctive mask. The lowliest are the gutter cleaners and the catchers of the diseased and mischievous felines that swarm the narrow streets of Zyan. The highest clans are the great trading and political families that fill out the ranks of the merchant princes and viziers to the Visible King. Each clan is associated with one of the five great guilds of Zyan. In exchange for a tithe and the most talented of their youth, the clans receive the protection and services of the guild. It is through their guild that they participate in the lavish festivals honoring the Unrelenting Archons, the alien entities whose bloody worship is the sole faith known to Zyan. What follows is a description of the five great guilds of Zyan.

Within the porcelain abattoirs of the Fleischguild, the carvers perform the sacrifices that feed the endless hunger of the Unrelenting Archons. Beneath serene copper masks, they butcher the sacred beasts (the most sacred being man) to the beating of drums. Their burnt offerings of choice thigh meat, and thrice folded fat send out a mouthwatering aroma that fills the streets of Zyan on holy days. In exchange, the guild claims the unused portions of their sacrifices, extracting the many products of life for diverse uses. They are master tanners, and their sausages and cured meats are legendary.

The Fleischguild worships Vulgatis, the Archon of unseemly and fecund growth, under the aspect of Malprion, the Lord of Organism. Anatomy is the guild's sacred text, flesh it's holy scripture, to be puzzled over in its hermetic complexity as much as the most inscrutable parable. This guild is headed by the Butcher Priests.


The Inquisitors are the hand of justice in Zyan. From beneath their beaked masks, they hold the fragile peace of Zyan through the ruthless application of a code of byzantine complexity. They delight in dispensing elaborate punishments, reserving the use of their dreaded puppets for the most heinous offenses. Justice, they say, must be seen as well as done, and the Inquisitors think of justice as a great and splendid show.

The Inquisitors worship the Archon Azmarane, spinner of the skeins of fate, under the aspect of Afatis, the many-headed queen of puppets. Their theology is concerned with the intricate interpretation of the law, and the weighing of excuses and justifications. They are ruled by the Dramaturges.


The Horoscops are the keepers of the calendar of Zyan. They hold the public festivals that mourn the passing of each season. They are also astrologers, interpreting the movements of the heavens above and below. (The cyclical travels of the flying city of Zyan over the surface of the dreamlands provides them with a second sky, as they conceive it, the heavenly bodies of which reveal themselves with the first light of dawn, just as the those above are disappearing.) Their often paradoxical council is sought by all those facing difficult choices or embarking on weighty ventures. The astrolabes they employ for these purposes are of immense complexity.

The Horoscops worship Thovis, the Archon of distance and measure, under the aspect of Vo, he who is neither here nor now. They seek to uncover the inexorable hand of a cyclical fate that lies beneath the illusions of unidirectional time. Nominally they are ruled by the Temporal Maenads who have freed their minds from the shackles of space and time. However, given the holy madness of the Maenads, they are, in reality, governed by the Cyclical Princeps, chief astrologer to the Visible King. 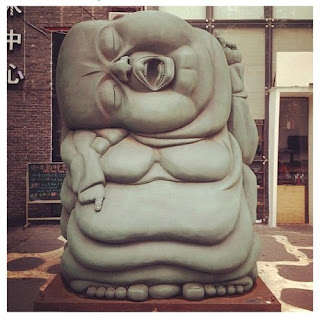 The Benefactors provide many hospitable and charitable services to those who are in need. They feed the hungry and bathe the sick, house the mad and treat the lepers. When the corpse of an executed murderer is left to boil and fester in the sun, they alone provide a fitting funeral. Withouth these services it is said that Zyan would crumble. But they do not do all of this out of kindness. They are the hand that gives until the giver starves. They induce dependence in others so that they may injure themselves for holy purposes. They will never give a gift that costs them nothing.

The Benefactors worship Nulfex, the Archon of absence and negation, under the aspect of Ilmara the Giver. Their theology is concerned with extreme abnegation, asceticism, and extirpation of the longings of the self. Their Guild is arranged in a monastic fashion, focusing on the development of bizarre and extreme forms of penitence and self-mastery. They are ruled by the Mendicant's Council.

The Guides are the poets and explorers of Zyan. For them the unexplored and uncreated is an indignity and affront to man. Revelation of all secrets through daring invention and discovery is the true nourishment of the soul. In former days they served as the poet knights, and great travelers of Zyan whose exploits are sung in the epic cycles. But with the decline of Zyan, their poetry has become self-referential and joyless. Those that would have been great warriors in halcyon days have fallen into complicated intra-guild blood feuds lasting generations. It is said that the hand of the Hidden King falls especially heavy here, for it is from the Guides that the valorous opposition to the poisonous intrigues of the shadow monarch has always emerged.

The Guides worship the Archon Foravion, Devourer of Reality, under the guise of Vatria the Sibilant Maiden. They are not great theologians, although what hymns and liturgy they possess has an aching beauty. Much of their worship comes through membership in a network of secretive hero cults dedicated to the mystical veneration and emulation of Zyan's great heroes. Their guild is nominally ruled by the Sage Paragon.
Posted by Ben L. at 8:50 AM