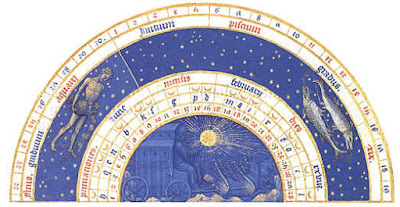 People enjoy snickering at Gary Gygax's infamous pronouncement that a campaign without strict time records is meaningless. But he had a point for AD&D rules as written, which do require information on the passage of time for all kinds of things which have to do with downtime: cost of living expenses, training to raise a level, learning and creating spells or scrolls, creating magical items, reading magical tomes, building castles, and so on. The passage of time was built into the structure of downtime in AD&D 1E, so that to use the numerous downtime systems of that ruleset you actually do need to keep strict calendar time. So one way to read Gary's remark about calendar keeping is as emphasizing the importance of downtime activities for longterm campaign play, along with the point that in AD&D 1E they work through the keeping of time records.

In a way, my system of downtime activities introduces an alternative, more free-firm, gamified version of the passage of time, with abstract units of downtime. For me this is less fiddly and more fun, but no less rigorous in its way. The rule is that you get one downtime activity between ordinary adventures. (And can do whatever else you want to do that's not a downtime action and makes sense fictionally--do I really need to say that?) This abstract unit represents the passage of time through the allotment of the opportunity to undertake activities. Should one need to convert from downtime actions to calendar time for some reason, one can lay a rough metric on it with a downtime being one week, or two weeks, or a day, as makes sense given the implied rhythm in your game. But, when it doesn't come up for some fictional reason, the system encourages you not to think about it too much. 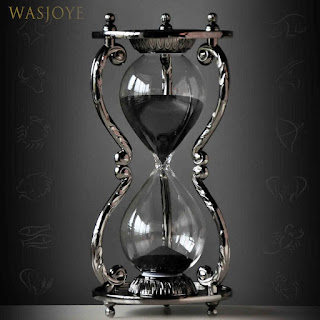 This post is about another way you can use downtime actions to mark the passage of time. You can use the assignment of multiple downtime actions to represent a longer than usual period of time between adventures. Given a natural rhythm to your campaign, a hiatus from adventuring may be pleasing to the party and make good fictional sense. Suppose the party began in the City State of the Invincible Overlord, reaching 3rd level through local adventuring, and then went an Odysseus style nautical excursion around the Wilderlands, visiting the Silver Skein islands and everywhere else for many sessions. Suppose in their travels they have amassed a great deal of treasure, and risen to 5th or 6th level when they return to their original home base of the City State of the Invincible Overlord. Maybe it makes sense, returning as heroes and seasoned adventurers, with money to spend, and no immediate pressing business, that at this point that the party would take a break from the adventuring life to focus on other pursuits. You can use downtime actions to represent getting on with life and advancing other projects. Here's a rough guide:

The first might represent a restful month. The second, perhaps a period of some months. The third, perhaps a year. And the fourth, several years, or even a decade.


Now, there are some issues with this use of downtime. There's the boring one that players might try to abuse this system by "advancing the clock" to gain power in the campaign. I say this is boring, both because as a grownup you can negotiate this interpersonally if it does come up, and also because I think the problem is actually the opposite: in dynamic games there are enough high-stakes balls in the air at any given time that the very last thing the players will want is to step back and let things just play out. 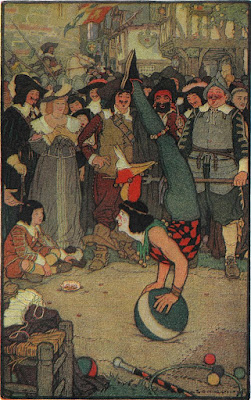 Another, more serious, problem is that several downtime actions have dynamic complications that need to be resolved through play. Building an institution, cultivating (some) relationships, and spiritual exercises all have dynamic mixed results that require player intervention. There are several ways you might handle a mixed result. One way is by narrative fiat, say in a play by post mode. The player rolls a complication on a downtime action. The DM then describes the challenge that arises. The player then says how they overcome it. The DM rules whether this makes sense, keeping notes with a view to introducing consequences down the line. Or, instead of fiat, the DM might develop a mini-game with further rolls to see if an attempt at overcoming a complication succeeds, perhaps at the cost of further complications and spiraling downtime actions on a failure. (Note that this would penalize rolls that hazard mixed results, and discourage players from pursuing them.)

Another way to handle it, which could be a lot of fun I think, is to have an "interlude" or "palette cleanser adventure". The idea is that you run a single lower stakes session (or multi-session) adventure focused entirely on the problems that result from the downtime roll. Only players involved in the action play in the session. This is an opportunity to let a player character that maybe hasn't had the spotlight as much get a chance to shine and develop their character. It would be the equivalent of an issue of X-Men that focuses solely on one team member, or the D&D equivalent of a mini-series (if multiple session). This also gives you the chance to switch genres a little bit. For example, we might see some adventures involving a thief pulling a low-stakes con job to handle a complication that's arisen with building an institution. Or you might see more low-stakes socializing, or something akin to an Agatha Christie style murder mystery to overcome the fact that a PC has been framed for a murder by a rival for the affection of an NPC with whom the PC is cultivating a relationship.

Getting the Band Back Together


However you handle the complications that arise during downtime, at the start of the first session where the group gets back together, you should mark the occasion. Linger on it. Have them set the scene about where they get the gang back together again. What's the place they meet? What kind of night is it? How do they each make their appearance? Especially if it's been a while, have everyone describe how their character looks different as the result of the time that's passed and what they've been up to. Give them a chance to tell the other players about their accomplishments and hijinks. (This will work especially if you communicate about the downtime rolls separately with each player.) It will be a nice segue back into the bloody work of adventuring. 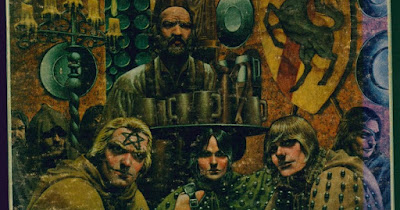