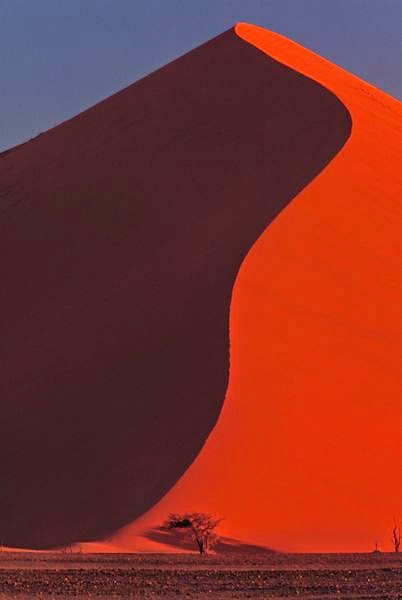 Setting out east along the coast, the Slumbering Ursine Dunes lie fifty miles from the port town of Wolsdag. As one travels, the climate becomes drier and the soil loose and sandy. The vast humps of the Slumbering Dunes can be seen rising towards the sky from miles away. The locals dwelling near the dunes are beyond the reach or interest of the rival powers and principalities of Ruined Ghinor. Left to their own devices, they lead short and joyless lives, serving in their youth as raiders in cyclical blood feuds, and later as farmers coaxing nourishment from the barren soil. Superstitious, they keep their distance from the dunes, having trafficked for generations in tales about their witchery.

But it was not always so. When ancient Ghinor was young, the fragrant shores and secluded cloisters of the Slumbering Dunes sheltered ascetic orders of the kingdom's byzantine faiths. Earlier still its precipitous carnelian slopes and winding byways served as holy precincts for the fearful, bloody cults of infant man. It is said that traces remain of older sites still, and that occasionally travelers stumble upon evidence of an unimaginable inhuman antiquity strangely undisturbed. Always the red sands have lured those with transcendent purposes and cosmic longings, for here the outer regions can be glimpsed as a flickering flame through onionskin parchment. Where else can one glimpse the fevered abundance of Wishery, the bleak chemical winter of the Alkaline Wastes, or the cramped non-euclidean spaces of the Sightless Labyrinth?

Even now, the dunes draws to itself a square of opposed actors. Each has come, so they believe, for his own reasons.

On the trail into the dunes, a modest village sits, a dozen houses arranged in a haphazard manner with communal farming plots. This is Kugelberg. The village head, Jaromir, was once a captain, but he disobeyed his hetman, refusing to send his men to their death in a harebrained assault. For his scruples, his right eye was plucked from his head, and he was sent into exile. He came first with his sons, but Kugelberg has since attracted a strange assortment of castaways: the crippled, the shunned, entertainers, heretics, even philosophers. It is open to all peaceable folk who comport themselves with respect. Jaromir knows much about the dunes, but says little. His experiences have embittered him, and he has left behind adventure and the arts of war. 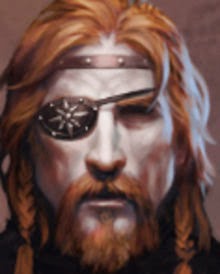 Within the Slumbering Dunes, time is a vexed riddle. But if we employ a temporal idiom in a guarded way, we may observe that the Master arrived in the twilight of Ghinor. It is not known whether he is a forgotten god, or a traveler from distant worlds, but he brought with him the droning bees, the mark of the bear, and the wild abandon of starry mead. In the final days when Ghinor was broken and the yoke of the Archivists descended on mankind, he welcome to the dunes the remnants of the Legion of the Black Pearl. They stumbled upon the dunes as they fought a desperate rearguard action against the siege engines and strange soldiers of the enemy, followed quickly by a stream of straggling refugees. Sheltered by the eternal spring of the Slumbering Dunes, they weathered the long winter of humanity's subjugation. His followers, now barely human, are not without an unruly justice and forgetful righteousness. 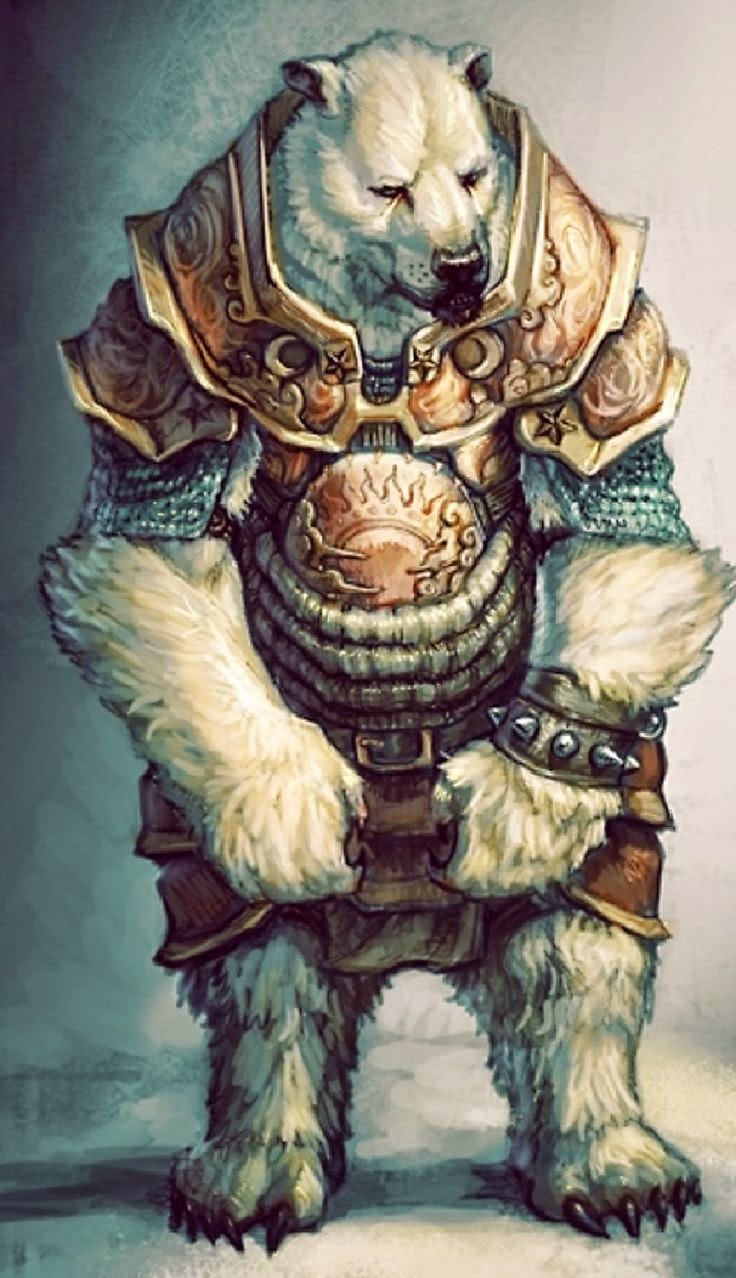 More recent arrivals still, the bulb-headed servitors and lathe-men of the inimical Archivists have returned to the dunes from the Alkaline Wastes. They have come in pursuit of the Golden Barge, an artifact of great power that had eluded them through a series of pocket dimensions until it finally lodged on the shore betwixt the dunes. Through cunning machinations, the Archivists have several times extricated the barge and brought it over to the Alkaline Wastes, restoring it with great labors to its splendid magnificence, only to discover—with surprise and amusement—that the temporal eddies had brought it back to its former position and dilapidated state. They are patient and relentless, and even now hatch new plots. 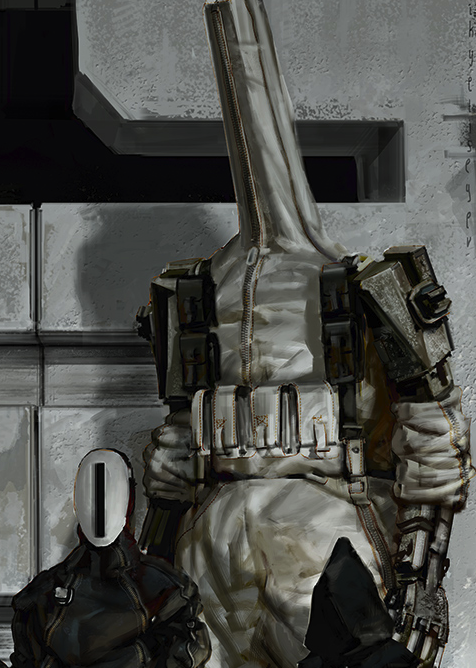 The most recent arrival in the dunes is Ondrj the reaver who has sailed his black galley, the Drowned Queen, to the coast of Ghinor in search of plunder and rapine. He is beloved by Armadad Bog, the Judge of the Deep, for his indiscriminate slaughter and careless cruelty on the seas. As his champion, Ondrj is blessed with the power to shed his shameful two-footed form, assuming at will the terrible splendor of the great white hunter of the depths. The loyalty of his crew of convicts and former brigands is two parts terror and one part awe, supplemented by the promptings of their overfed and unseemly appetites. Having found a clever route through the shoals surrounding the Misty Isles, and a hidden cove in which to conceal his vessel, Ondrj congratulates himself for the wits and strength of will to have located the perfect seat. However, it is the dunes that drew him here for reasons of its own of equipoise and cosmic opposition. 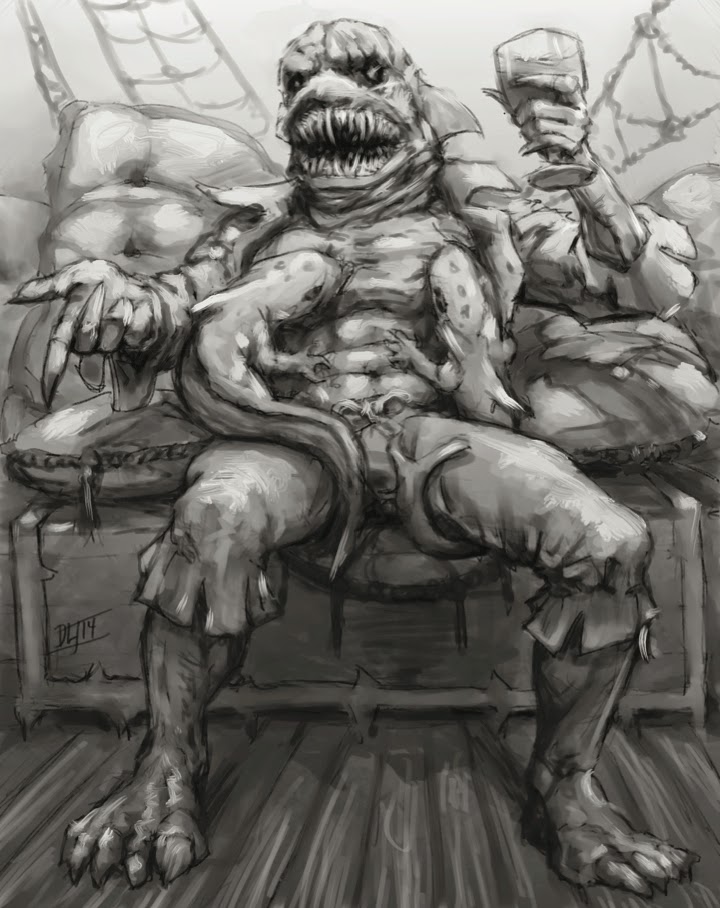 Ondrj's depredations have set in motion larger events. For, striking from the mists surrounding the Misty Isles, he has sunk several Guild vessels from Wolsdag, hauling great plunder back to the dunes. The mercenary vessel outfitted by the Temple of Nephtlys vanished into the mist, ruined on the shoals and turbulent waters surrounding the Misty Isles. The Tempters are hiring willing bands of miscreants to look into the disappearances, hoping to accomplish by land what they have failed to bring about by sea. But the rumors and ingrained superstitions of the locals about the Slumbering Dunes have made the proposition a difficult one to accept. This, in spite of the fact that the dunes are also said to hold countless treasures of earlier times.
Posted by Ben L. at 6:37 AM