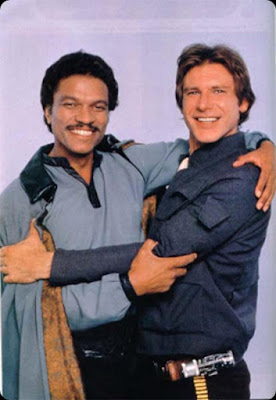 This is a continuation of my series presenting a system of downtime activities. The idea is to introduce a downtime minigame that encourages the players to pursue various avenues that make the world a more dynamic place, choosing at most one downtime action. You can find the rest of the series here. I'm going to let you in on a secret. The way I'm developing this system is by asking myself, "What do my most engaged players already do that is generative of dynamic and fun games?" My goal is just to create a system that reminds players who maybe don't intuitively do this kind of stuff that it's always an option.

So here's something that player characters often want to do in downtime in my experience: cultivate relationships with people. Here are some real examples from my game.


The basic mechanic I propose continues the use of clocks from earlier posts. When the player announces the intention to cultivate a relationship of one kind or another, the DM should set a clock. Sometimes this clock will be a generic relationship clock. In other cases, where the stakes are higher and the goals more specific, the clock will tailored to the individual and relationship in question.

However, in some cases it makes sense to give a tick for free, as people who share an adventure, for example, will be acquaintances, or someone on whom the character has lavished extraordinary and much needed generosity will be associates. By contrast, for many people and relationships, it makes sense to put a hard limit on the clock, absent an extremely convincing way of deepening the bond. Sometimes it is hard but not impossible to overcome barriers, and so a penalty may be applied. On the other hand, there may be excellent reason for the NPC to be receptive, in which case, there may be a bonus.

Each level allows the character to draw on the relationship for information or favors to different degrees. However, in some cases it says that favors "may come with a cost". In these cases, to draw on this higher level of favor may strain the relationship, and so comes with stakes. The player rolls a reaction roll (2d6) modified by Charisma. On a 6 or lower, the NPC will decline the favor. On a 7 to 9 the NPC will perform the favor with the DM reserving the option to introduce a complication. For example, they might do it, but it might remove a tick from the clock, or they might do the favor but request one in return, which if unrequited will remove a tick. Or they might get the wrong idea about the character and what they want. Or whatever. On a 10+ they will simply perform the favor.

As a side note: You might wonder why not also have a mixed result on a roll of 7-9 for advancing the clock on a relationship? My answer is influenced by an insight of Emmy Allen's on twitter. Old-school D&D is a different game than Apocalypse World and its progeny. The game is not generally driven by escalating consequences of partial success, "faustian bargains", and the like. It is rather a game that is structured around resource management and high-stakes success/failure rolls, and "fictional positioning" is about tactically setting the stakes of those rolls, and avoiding them where one can. One thus must introduce mixed results carefully into this style of game or they will make players feel like their characters can't do anything, since crummy or mixed success is not generally a thing. (After all, Apocalypse generalizes the sole mechanic in old D&D that worked this way: the reaction roll.) In this kind of a game, it's better to reserve mixed result rolls for optional situations that involve pushing the limits, where the players know the stakes and that mixed results are possible as a special outcome. My thought is that merely trying to get to know someone better is not such a situation. 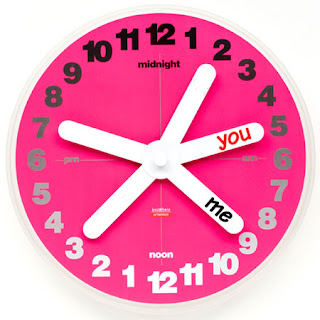 
Someone who you know from around the way.


There is some bond of a lesser kind between you, some shared pleasure, common interest, small shared experience, a minor debt of gratitude, etc.


There is a serious bond between you, real pleasure in one another's company, a common cause, a major shared experience, a debt of real gratitude, etc.


There is a deep bond between you, like true or very old friends, or those who fought in war together, or lovers, or someone who looks up to you with deep respect.

An Example of the Use of a Generic Clock 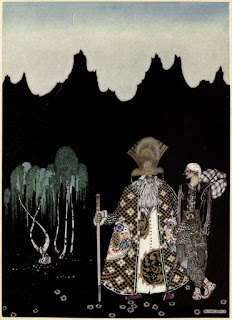 Suppose Salinger one-eye has decided to cultivate a relationship with a guard named Pergamor at the pagodas of the hanging merchants. Observing the guards, Salinger learns that they gather around the campfire at the end of the day to drink, gossip, and gamble. He decides it makes most sense to bring a gift of drink collectively to the guards, and sit with them at their campfire. He rolls 2d6 modified by charisma and gets a 9. He is now an acquaintance with Pargamor.

In a later downtime at the pagodas, he wishes to deepen the relationship. In a great victory, the party has recently routed the Lurid Toads who were plaguing the guards and the merchant vessels. Salinger's player says he will bring a drink to Pergamor alone, regaling him with the full tale of the routing of the toads. Since this heroic act has left a favorable impression on the guards, the DM rules this overture will automatically advance the clock. He is now an associate of Pergamor, who drinks and listens eagerly with a dawning respect.

The character now uses his connection to get gossip from the guard. This Salinger can do for free. But as it turns out, this is not enough. Salinger wants Pergamor to do a small favor for him, delivering inside information about the manifests and schedule of the merchant ships that sail up to Zyan. He wants the information now, and doesn't want for the next downtime to deepen the relationship. So Salinger decides he will risk the cost for a minor favor. To sweeten the deal he offers to pay Pergamor for the information. The DM allows the player to make a reaction roll modified by +1 for the generous sums in question. The player rolls a modified 7, squeaking by with a complication.

The DM decides that Pergamor will do the job, but that the offer of money has turned the relationship into a business proposition, and that no further ticks on the relationship clock can be gained. Instead of a potential friend, Salinger is now the bank.


But that was a little prosaic. Sometimes something special is called for. Let us suppose now instead that Salinger One-eye wishes to seduce the Chatelaine of Storms, the powerful witch queen of Rastingdrung in the waking world. The party knows she takes paramours from time to time, including most recently the visiting nephew of the World Emperor. She also maintains a court that full of backbiting shenanigans worthy of a Jack Vance novel. She is fickle and narcissistic and takes pleasure in humiliating people. She keeps a stable of apprentices, whom she pits against one another. She is, in other words, a real dangerous piece of work. When Salinger's player proposes this course of action, I think, rubbing my hands together, "Well, this will call for a special clock."

This is a long term campaign goal for the character. It is also something fun and dangerous and full of potential consequences. As a DM my thought is: let's keep this going for a while and spin out the drama. Let us say the clock will have 5 ticks instead of 4. I also think that this is a peril-filled proposition that will enmesh one in palace intrigues. So merely to advance ticks should come with some danger. So here's what I have come with.


She has taken note of you, and thinks of you as at least, maybe, in the space of romantic possibility.

Requirement: You can only roll for this tick if you rise to the Chatelaine's attention. This requires having done something remarkable that casts you in a favorable light with her. Let's get real: her possible romantic partners are nearly unlimited, and this has got to at least seem like it might be interesting for her.


She takes pleasure in flirting with you. She is enjoying the game.


The Chatelaine arranges for a single discrete tryst with the character to be described in collaboration between the player and DM.

Requirement: You must bestow a remarkable gift on the Chatelaine. But what can you get a witch queen who already has everything?


The Chatelaine arranges romantic dalliances with you now and again. Your comings and goings are noted at court.

Requirement: You must do something unspeakably debonair or fetching, such as to awaken the flames of the Chatelaine's jaded desire.


You are installed as the Chatelaine's paramour at court. For the moment, you have captured her romantic attention.

Requirement: You must vanquish your romantic rival in a public fashion that the Chatelaine knows about. The Chatelaine must be satisfied that you have defeated them in the struggle for her affection. (Merely making the rival disappear does not suffice, for she will merely pick another.)


Aleks, if you are reading this, this is how we will be handling Salinger's pursuit of the Chatelaine moving forward. In light of his enchanting dance performance at the Festival of the Sybarites, he currently has one tick on the clock. You have her attention! What you do next is up to you.
Posted by Ben L. at 6:36 AM